By: Belinda Feek for NZ Herald

People fishing from rocks are being urged to wear lifejackets as the search for a missing fisherman continues at a notorious Auckland West Coast beach.

Bethells Beach Surf Lifesaving patrols have been searching around O'Neill's Bay along with police search and rescue teams and the Eagle helicopter after the man fell into the water just after 1pm yesterday.

Conditions were slightly more favourable for crews today with swell surging about 1 metre around the rocks, while waves reached 2m at the beach.

The man remained missing and Bethells Beach club captain Leonard Mead said everyone was now "hoping for a miracle". 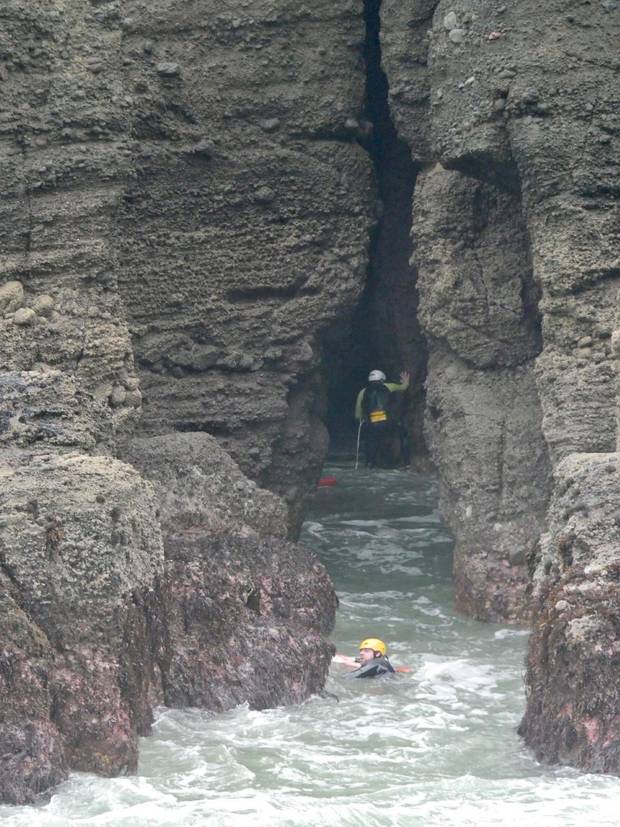 "But if that isn't to be then the thoughts of everyone in Surf Life Saving goes out to the man's family and friends."

He said the incident was a vital reminder for rock fishers to also wear lifejackets and to never turn their backs to the sea.

"Lifejackets save lives, it's as simple as that. You never know when a freak wave is going to come along and potentially sweep you into the sea."

Crews have been using two IRBs to help with the search and had been out since 7am, but as of 1pm, the man hadn't been found.

However, LandSAR were going to continue doing beach sweeps of the shoreline, and the Police Eagle helicopter would continue doing overhead searches today as well. 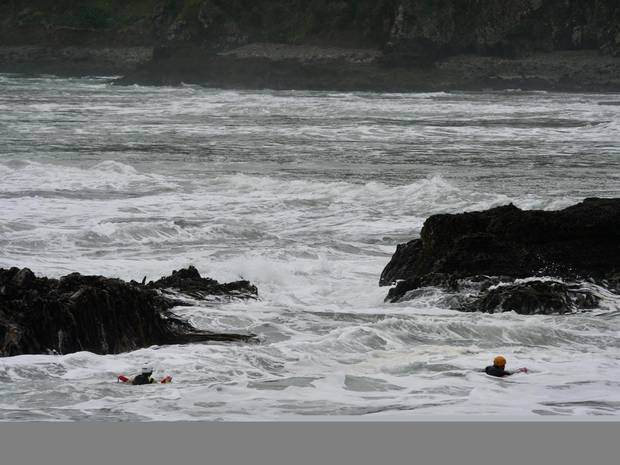 Surf lifesaving crews in the water searching around rocks for any sign of the missing man today. Photo / SLNZ

Mead said the lack of cellphone reception was a major barrier to alerting help in the Bethells area.

"If you see someone in trouble you should always try calling 111 and ask for police to send the surf lifeguards.

"However, if you can't get reception there is an emergency phone in the Bethells carpark next to the public toilets that goes directly to Surf Life Saving Northern Region's rescue communications centre, SurfCom."

Surf Life Saving Northern Region chief executive Matt Williams said there had been 30 callouts to help people in the water that lifeguards have been asked to attend since May 1 this year. 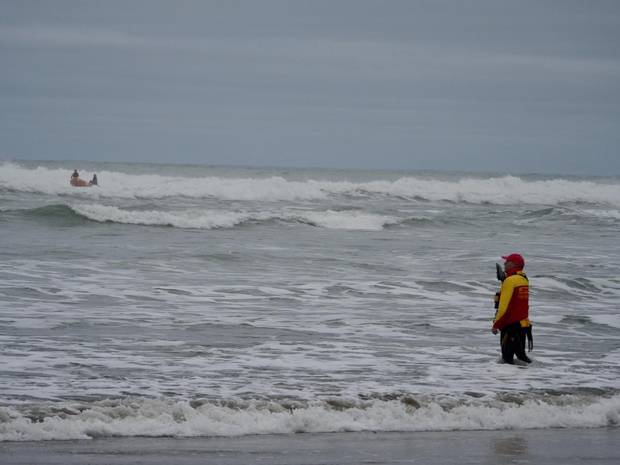 "By comparison, there were 31 callouts in Northern Region for the whole of last year – including over the summer – and we haven't even reached the summer months yet.

"At least 15 people have had their lives saved or received first aid from lifeguards in that time. We again urge beachgoers to abide by our 10 key safety messages."

• Choose a patrolled beach and swim between the flags

• Ask a lifeguard for advice

• Keep young children within arm's reach at all times

• Watch out for rip currents, they can carry you away from shore

• When fishing from rocks, always wear a lifejacket

• If you see someone in trouble, call 111 and ask for police