Two deaths and six close calls on Auckland's notorious West Coast beaches this week have resulted in lifeguards issuing a stern warning to the public.

"Unless you're confident - avoid going in or near the water," Surf Life Saving northern region chief executive Matt Williams says.

The call comes after a harrowing week for lifeguards posted at some of the city's most notorious beaches on the West Coast.

There have been five serious incidents in the past five days. Tragically, two people - a woman and a fisherman - died in separate incidents.

Williams said it had been the busiest winter in recent memory.

"We've had 33 call-outs for our emergency call-out squads since the start of may this year.

"When you consider that in the whole of last year - including over summer - we had just 31 call-outs, that's a massive increase in our workload - and it's forecast to keep growing," he said.

He said the spike in the number of people heading to the beach can be put don to human nature after what he described as a new-found appreciation for the water after the Covid-19 lockdown events.

The recent warm temperatures and sunny weather, as well as it being school holidays at the moment may also have resulted in more people heading out to the beach.

"We only ask that this be done safely. But unfortunately, we've seen this wish to get back to the coast manifest in people not taking the right precautions or not staying within their abilities. 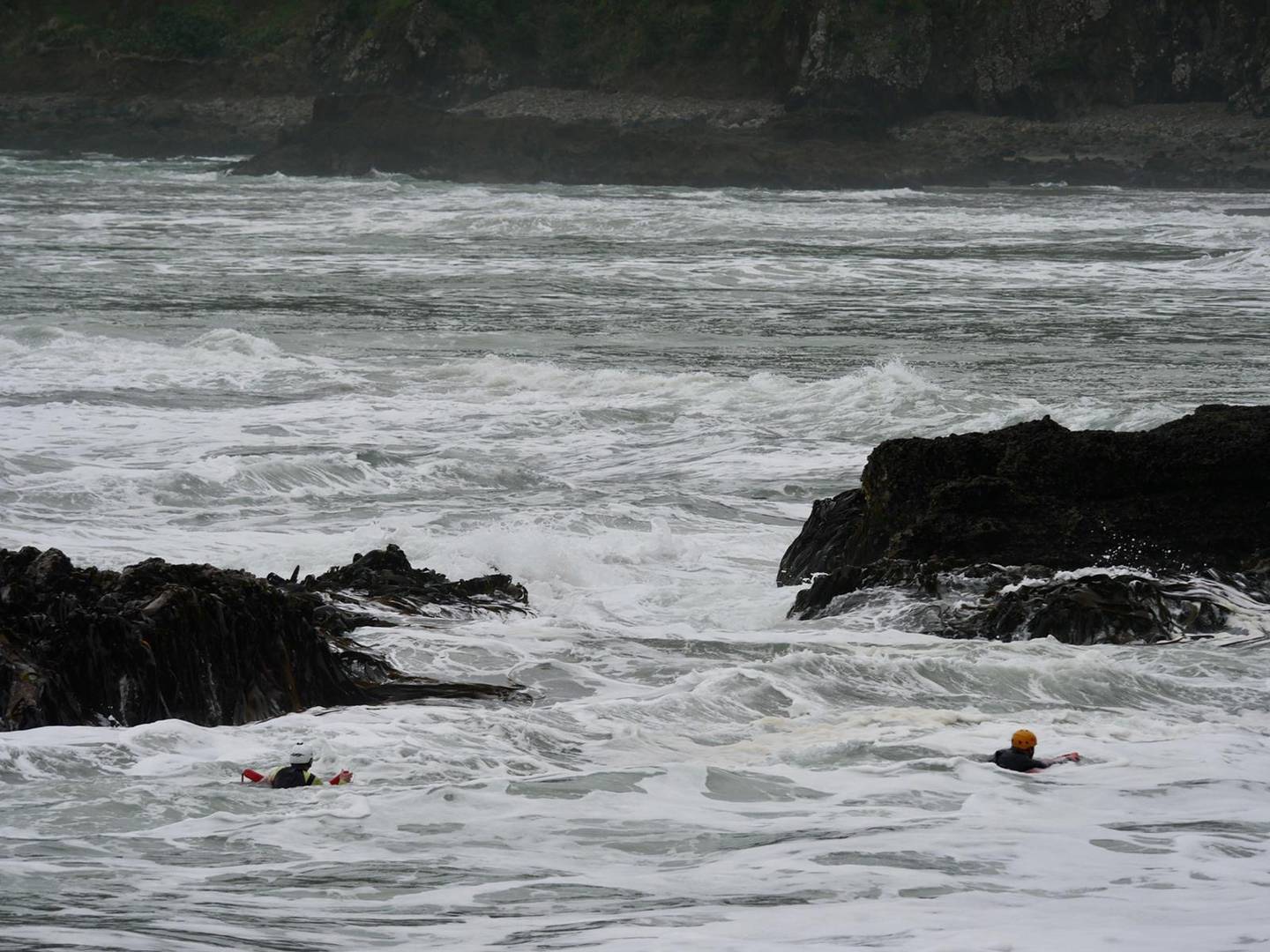 "The last week has shown just how many ways there are to get in trouble on the coast."

On Sunday, lifeguards from Mangawhai Heads had just finished a joint training exercise with a team from Waipū Cove when they spotted two girls stuck in a hole nearby.

The pair were rescued by a lifeguard on a rescue board, with the help of a local surfer.

On Monday, emergency crews were called out to Bethells Beach after reports that a fisherman had been swept off rocks at nearby O'Neills Bay.

Despite efforts to find him, he could not be found. His body was later recovered.

On Tuesday, lifeguards in the area were sent out to White's Beach, north of Piha, after a woman fell into the water.

Lifeguards on an IRB quickly recovered her and carried out CPR. However, she was pronounced dead shortly afterwards.

On Thursday, lifeguards in Piha were needed to rescue three people who found themselves in trouble at what is known as the Keyhole - a natural rock formation at the beach.

Later that day, lifeguards at Muriwai Beach were needed at nearby Gannett Colony after a surfer was swept there from nearby Māori Bay.

• Choose a patrolled beach and swim between the flags
• Ask a lifeguard for advice
• Do not over-estimate your ability
• Keep young children within arm's reach at all times
• Watch out for rip currents. They can carry you away from shore
• When fishing from rocks, always wear a lifejacket
• If in doubt, stay out
• If you see someone in trouble, call 111 and ask for Police
• Be sun smart - slip, slop, slap and wrap