West Auckland beachgoers are being urged to keep safety front of mind, after a disastrous week with six major incidents. 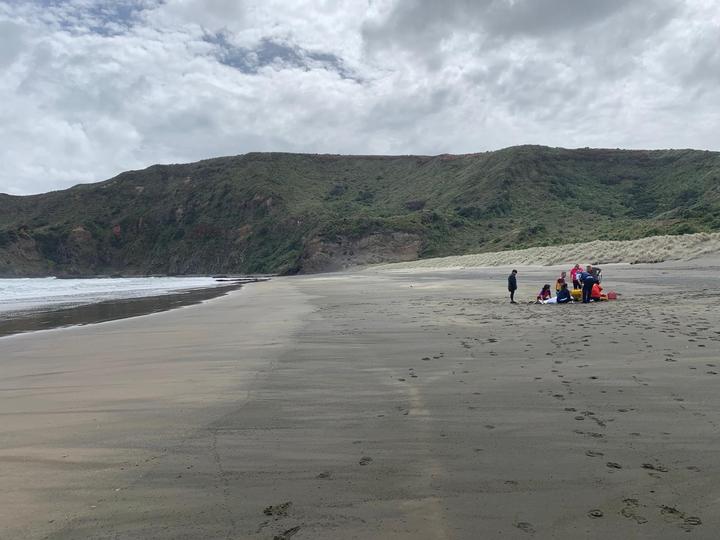 A group of swimmers got into trouble at Bethells Beach. Photo: Supplied

One person has drowned, and a search for a missing rock fisher entered its fifth day yesterday at Bethells Beach.

Surf Life Saving Northern region head Matt Williams said people should keep children close to them, be careful when on rocks near the water, and ensure they are wearing a lifejacket if fishing from the rocks.

He said people should treat going to the beach the same as going to a mountain: by checking the weather and being prepared with the right gear.

"Treat the beach like a trip to Mt Ruapehu or Mt Taranaki... let's lose that laissez faire culture where we're just going to rock up to the beach and dive in," he said

Yesterday, the Bethells Emergency Callout Squad was alerted to three people being swept out to sea at O'Neill's Beach just north of Bethells.

The call-out was for the same location as where a fisherman was swept off the rocks on Monday. The search for the fisherman is ongoing.

The Bethells lifeguards arrived on the scene within 15 minutes.

By this time the three people - a 45-year-old woman, a 16-year-old girl and a 14-year-old boy - were back on shore but the woman and boy were losing consciousness and showing signs of exhaustion and shock.

Lifeguards administered oxygen and provided first aid until the Westpac Rescue Helicopter arrived and transported the woman to hospital.

The boy had improved enough to be taken back to the Bethells surf club for further treatment by St John paramedics.