With only one month until the start of the annual Sanyo Cup in Japan, the New Zealand team has named Cory Taylor as the captain of the team.

Cory says: "To be named captain of a New Zealand team is an absolute honour. To have the opportunity to lead a group of awesome athletes, to what for some is their first time representing New Zealand, will be exciting and I can't wait."

Cory will be leading a team of 10 athletes at the annual international event, run by the Japan Lifesaving Association, which is now in its 11th year. The event also attracts teams from Australia, USA, Great Britain, Netherlands, South Africa, Hong Kong and Japan.

As the team captain, Cory also says that he hopes to provide knowledge and guidance to his team mates to help them perform at the best of their ability.

But ultimately, he says representing New Zealand is the thing he is most looking forward to. "I can't wait to travel with the New Zealand team, my fellow athletes and management. We always a blast and I know this will be no different. Then to race under the black cap is so exciting. Every time you put it on, it makes everything so much more real."

The team will be competing at Momochi Seaside Park in Fukuoka on 23rd and 24th June and will be led by the management team of Danny Morrison (Coach), Jack Gavin (Assistant Coach) and Steven Vaughan (Manager).

Follow the team's journey online here and keep up to date with the latest news. 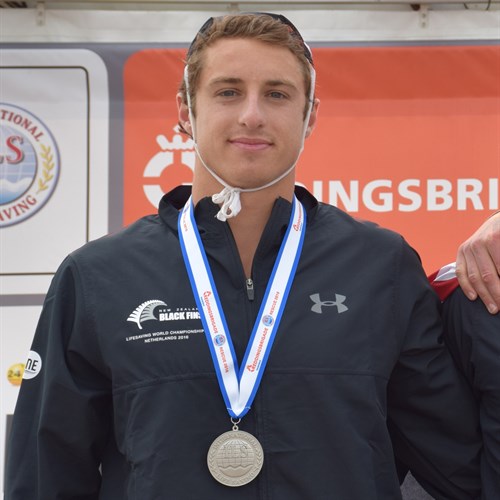