Everyone at SLSNZ is very proud and honoured to win this prestigious award, as we were up against some incredible organisations - Hockey New Zealand, Badminton New Zealand and the 2017 World Masters Games. We were also honoured to share the night with our friends at BP, including Luke Rive (NZ National Marketing Manager, BP) who accepted the award with our CEO Paul Dalton.

As a charity, we rely on the support of our partners and despite being around for over 100 years, our funding sources are largely short term and determined year-to-year, which puts us at huge risk. This year, BP decided to help tackle this problem and created the BP Every Litre Counts campaign to secure extra funding for us, taking some of that pressure away.

So - this award acknowledged the BP Every Litre Counts campaign, held earlier this year, and also celebrated our unbroken commercial partnership of 50 years with BP which has gone from strength to strength. The campaign was a huge success with BP donating an extra $459,050 to SLSNZ, much higher than was originally expected thanks to the great support for the campaign from the public.

Our long partnership with BP started shortly after the 1968 Wahine disaster. Prior to that, BP's predecessor, Europa, sponsored a surf boat at Worser Bay Surf Life Saving Club called 'Miss Europa'. This boat was used by brave clubbies in horrendous conditions to save some of the 683 passengers and crew that were rescued from the Wahine. The Europa staff were so impressed by the actions of these courageous clubbies that a nationwide sponsorship began shortly after this, and evolved into what it is today.

It is one of the longest unbroken commercial partnerships in New Zealand, which is quite an amazing feat in itself. But what makes a relationship last 50 years? Commitment, partnership, honestly and respect. No other business in New Zealand has committed 50 years to purpose driven marketing that has helped to improve broader society, like SLSNZ and BP have.

BP NZ Managing Director Debi Boffa said, "It's great to see the awesome work SLSNZ do in communities across the country acknowledged at these awards. Since 1968 we have been proud to stand behind this amazing organisation who educate people about how to stay safe on our beaches as well as help save the lives of thousands of people every year."

SLSNZ CEO Paul Dalton said, "It was a huge honour to win the Sport & Recreation New Zealand award this year, and we're really proud of our long association with BP. Their unwavering support means so much to all of us, and it's great to get recognition of this partnership. So, thank you Sport New Zealand for the Commercial Partnership award and for all the work you do with sport and recreation throughout the country.

Mr Dalton also wanted to extend his thanks to the public for getting behind the campaign, plus all the Surf Life Saving Clubs and their members around the country who helped make this campaign the huge success that it was by engaging online with photos, videos and stories on why every litre counted. "It was simply fantastic to have such strong support for this campaign from our members, who really made it so successful. Thank you to everyone for taking part and sharing your stories with us during this campaign because not only was it fun, but it truly helped us win this award," he said.

"Also - the biggest thank you to BP New Zealand for always having our backs, and helping our surf lifeguards do what they do best - save lives." 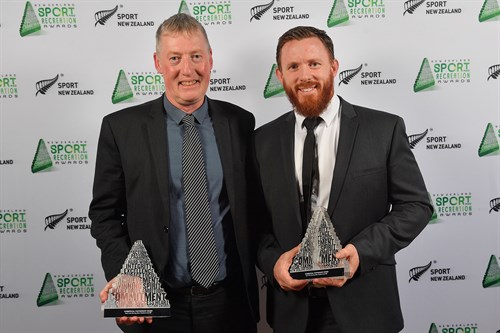 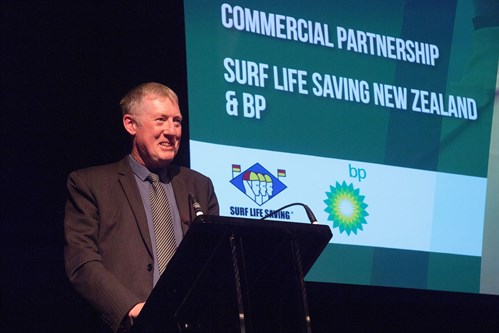