The annual Hawkes Bay Surf Life Saving regional awards of excellence have seen nearly 20 awards presented to surf lifeguards and club members for their tireless efforts over the 2017-18 patrol season.

Waimarama Surf Life Saving Club took home the majority of the awards, being presented with eight of the local awards including rescue of the year and club of the year.

They won rescue of the year for teenager Bella Herbison's effort in rescuing four young children, aged 7-12 years old who got themselves into difficulty last year. While the beach was unpatrolled at the time, she undoubtedly saved four lives that day by keeping alert to her surroundings and using the skills she's developed at Waimarama SLSC.

The lifeguard of the year award was presented to Bridget Page from Westshore who took home the honour for being the club's top patroller during the 2017-18 patrol season and clocking up 157 hours on the beach. She is described as "very dedicated, conscientious and always available at short notice" by her peers, who also say she is "very motivated to be the best surf lifeguard she can be."

However, the prestigious volunteer of the year award went to 17-year-old Leah Cooper from Pacific Surf Life Saving Club for being "an outstanding surf lifeguard". She juggles teaching newcomers the skills of surf lifesaving, with her other lifeguard duties, school and a part-time job which her club says is "no easy feat."

She also helped the club raise over $3,000 at the Hawkes Bay Lego Exhibition which her peers say is remarkable. "It's remarkable that a 17-year-old would work so hard to achieve a fundraising opportunity like this for her club, and then give up her weekend to attend both days," which they add is indicative of her entire approach to lifeguarding.

SLSNZ Central Region Lifesaving Manager, Netta Cagney, said it was the perfect opportunity to give thanks to all the lifeguards and club members for their work throughout year.

"We are so proud to hear all the stories and successes from around Hawkes Bay. Everyone makes such a huge contribution to water safety from our lifeguards to coaches, sports people and everyone in between. To put flags up at the beaches takes a lot of time, effort and passion from a whole bunch of people, and it's nice to acknowledge the people who help make that happen."

"Everyone plays a vital role on the beaches here in Hawkes Bay and it's great being able to pass on our thanks. Plus, we have some amazing winners who have every chance of winning a national award, which would be great for the region."

Rescue of the Year
Waimarama SLSC

Club of the Year
Waimarama SLSC 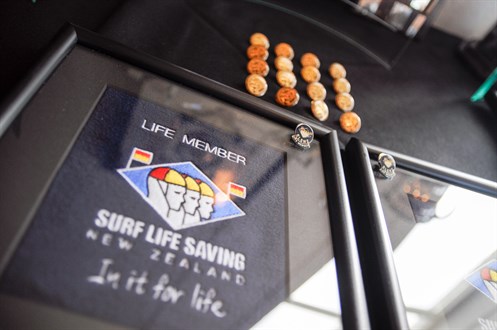