The iconic yellow uniforms donned by surf lifeguards will now be supplied by local company NZ Uniforms, along with other volunteer uniforms, including patrol support volunteers and SLSNZ Sport Officials, giving a big boost to the organisation's uniform needs.

SLSNZ are excited by the opportunity to partner with a local New Zealand uniform supplier and to be one of the first organisations to wear the new CODE sportswear and aqua sport brand.

David Bunnell, Chief Executive Officer of NZ Uniforms, said they're proud to be partnering with Surf Life Saving New Zealand as the iconic yellow uniforms are part of the Kiwi summer.

"We are incredibly proud of this new partnership with such a worthwhile organisation. We have all seen surf lifeguards at the beach or watched them on television, and you can't help but be humbled and inspired by what they do to keep us safe, and we're proud to be a small part of that."

"In fact, their tireless contribution to keeping us all safe on the beaches over summer is outstanding so we simply had to help," he added.

SLSNZ Chief Executive Officer Paul Dalton echoes Mr Bunnell's sentiments, but adds that this will make a big difference in helping keep Kiwi lifeguards ready for action with clothing made for the ever-changing New Zealand conditions.

"We are so thankful for the support from New Zealand Uniforms in providing high-quality lifeguard uniforms for the next three years. We have over 5,200 qualified lifeguards and hundreds more volunteers in varying capacities. It's a big task but we're sure they'll do a great job."

NZ Uniforms are also looking forward to driving the SLSNZ safety messages in its 14 uniform retail stores nationwide, to the thousands of students, parents, caregivers and whānau who come through their doors each year. 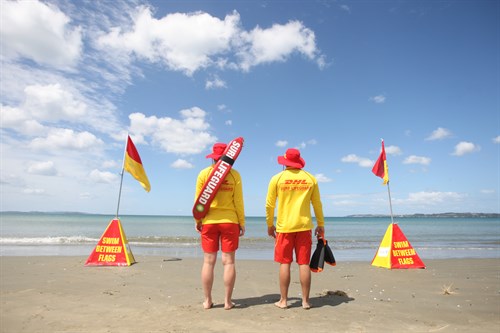