The Central Regional Championships (CRC) are set to take place at Fitzroy Beach in Taranaki this weekend, with 163 lifeguards going head-to-head to claim top honours and bragging rights for their club.

Also considered as a warm up event for the TSB New Zealand Surf Life Saving Championships, the CRC event will see qualified lifeguards switch into athlete mode to develop skills useful in lifeguarding and compete against their friends to claim the top spots.

The Surf Life Saving New Zealand (SLSNZ) central region covers beaches from Hawkes Bay in the east to Taranaki in the west then south to Wellington, and consists of 20 clubs of which 12 are competing on Saturday.

East End Surf Life Saving Club has the largest number of athletes with 42 set to compete this weekend, while hosts Fitzroy have the second largest team with 29 athletes.

Last year's champions, Ocean Beach Kiwi from Hawkes Bay, will be another team to watch as they strive to win back-to-back titles, along with last year's runners up from Lyall Bay.

As a double-header event, the CRC also sees the New Zealand Surf Boat Series competing alongside for round three of their four-round series. 44 Surf Boat teams are registered to compete this weekend at Fitzroy to try and take the lead in the national championship which is very close in most categories.

Event manager, Richard Whinham, says: "We're really looking forward to the Central Region Championships this weekend. We're expecting the conditions to be good and the racing to be close which makes it exciting."

"It's also great to have the surf boats here as they are awesome to watch and it just adds another exciting element to the day. Plus the [surf] boats are likely to be close to the CRC races so people will be able to cheer their friends on in both," he added.

He also said that the event wouldn't have been possible without support from Fitzroy Surf Life Saving Club who have put in a lot of time and effort to put the event on.

The single day event kicks off at 8.30am on Saturday, where athletes will compete in a variety of races including ski races, board races, swims and beach sprints. 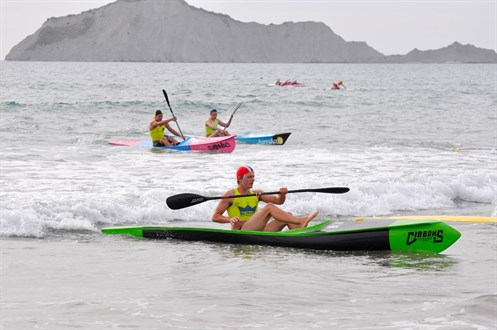