Utilising their home advantage and their large team of skilled athletes, they pushed their lead out to win event by 72 points after the two and a half day competition that saw over 850 athletes compete along the Bay of Plenty shoreline.

The team took 15 wins across the various events in different age groups, including the Taplin, beach relay, board relay, board rescue and ski relay. Their local knowledge may have also helped with the swell varying throughout the weekend, and the weather providing another challenge by hovering between 25-27 degrees.

Finishing in second was Waikanae Surf Life Saving Club from Gisborne with 81 points, who edged out their nearest rivals by five points. Omanu Surf Life Saving finished in third making it a 1-2-3 for the eastern region clubs.

Mairangi Bay Surf Life Saving Club just missed out on a podium finish after finishing in fourth, only five points behind the third placed getters. Rounding out the top five was Piha Surf Life Sacing Club who ended up with 69 points after the annual carnival.

ERCs Event Manager, Mark Inglis, said it was another hugely successful ERC event and he commended the athletes and volunteers for their efforts during the weekend.

"Overall, the Eastern Regional Championships has been a great success. The competitors put on a really good show all weekend and raced hard but fair. It was great to see a lot of friendly rivalry which I'm sure will only build over the next few weeks ahead of the TSB Surf Life Saving Championships.

"I would also like to thank everyone who helped make this event the huge success that it was. A special thanks has to go to all the volunteers and officials who stood out there in the heat to keep our athletes safe."

"Plus, of course, a huge congratulations has to go to Mt Maunganui for their win and another impressive performance at the Eastern Regional Championships," Mr Inglis added.

With the ERCs now over for 2018, focus turns to the New Zealand Representative Challenge taking place tomorrow on the same beach in Mt Maunganui. Top athletes from around the country, including some from the New Zealand team (Black Fins), are set to take part in the one-day hit out. 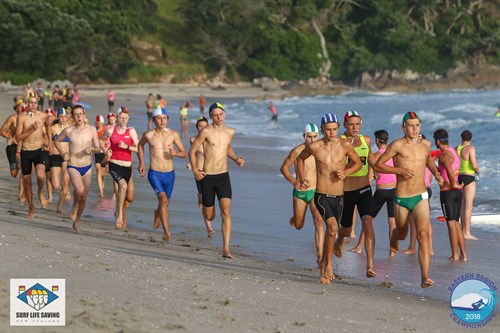