Surf Life Saving New Zealand celebrated its members' contribution to preventing drowning and injury on New Zealand's beaches on September 23 at its annual Awards of Excellence.

Club members from around the country gathered at the Heritage Hotel in Auckland for the presentation of lifesaving, sport and service awards.

Placing a strong emphasis on lifeguard development and growing the capabilities of his fellow club members earnt Levin-Waitarere's Nathan Berry the title of Lifeguard of the Year.

The NZ Lottery Grants Board Lifeguard of the Year award is the pinnacle of surf lifesaving in New Zealand and highlights the skill, experience and dedication of the lifeguards who give up their time to make our beaches safer.

The 27 year-old took on numerous roles over the summer season including Club Captain, Patrol Captain and acting as a mentor for developing Patrol Captains. He was an IRB Driver, part of the callout squad and assisted with the delivery and examination of the Surf Lifeguard Award and IRB programme.

Over the patrol season, Kate was the club's top instructor. She influenced many members to pursue First Aid and Patrol Captain Awards, was very active as an event lifeguard, examiner and mentor as well as competing and managing IRB racing and encouraging younger members to get involved.

On top of this, she was an active patroller where, as patrol Captain, she coordinated numerous critical incidents including a major search operation. She carried out over 45 hours of patrol while her actual volunteered hours is estimated to be in excess of 200 hours.

Every year there are a number of significant rescues that take place on our beaches and these rescues literally save lives. Every month from December to April, clubs across the country enter their most prominent rescues and they are judged against each other for the title of BP Rescue of the Month. Those five monthly winners then become finalists for BP Rescue of the Year.

This year, the title was awarded to Far North Surf Rescue who saved two trapped divers west of Tapotupotu on March 9. When the lifeguards were alerted, the men had been stranded for more than five hours, wearing only lightweight wetsuits and they were exhausted from their attempts to get back to the beach. Within five minutes, lifeguards had loaded up an Inflatable Rescue Boat (IRB) which they then had to tow to the scene around 125km away. Once on scene, they launched the IRB in fading light, three metre swells and poor visibility but they quickly located the divers. It was too dangerous to get the IRB close to the rocks so they faced a 100m swim out to the stranded pair who they secured in rescue tubes and returned safely to the beach by 8.30pm.

DHL Instructor of the Year was presented to Todd Velvin from Fitzroy Surf Life Saving Club who spent a huge amount of time instructing for his club and the wider Taranaki area. He is an instructor of both sport and lifesaving in the area and is also a facilitator for the BP Leaders for Life programme.

DHL Innovation of the Year was awarded to Muriwai Volunteer Lifeguard Service for their investigation of the use of drones as an experimental new technology to support patrol operations.

A number of sport awards were awarded alongside the lifesaving awards.

Mt Maunganui's Greg Rieger was named TSB Bank Surf Official of the Year. He officiated at 18 local, regional, national and international events last season including the New Zealand Pool Championships, Oceans '17, TSB Bank New Zealand Surf Life Saving Championships and the World Masters Games. He is held in high regard by fellow officials and competitors for his knowledge and application of the rules and the friendly manner in which he carries out his duties.

TSB Bank Coach of the Year was awarded to Matt Sutton from Midway Surf Life Saving Club. Matt is a passionate coach who has a great rapport with athletes of all ages within the club as well as the New Zealand Youth team, of which he is the Assistant Coach.

TSB Bank International Sports Performance of the Year was presented to the New Zealand Black Fins for their third consecutive win at the 2016 Lifesaving World Championships in The Netherlands.

Service Awards: Holders of the SLSNZ Service Award have given outstanding service to Surf Life Saving at club, regional, or national level over a period of years.

Life Membership Awards: Life Memberships are awarded to those members who have been active members for at least 25 years and who have provided exemplary service at a national level.

50 Year Badges: The 50 Year Badge is given to members who have dedicated 50 years of service to Surf Life Saving within New Zealand. 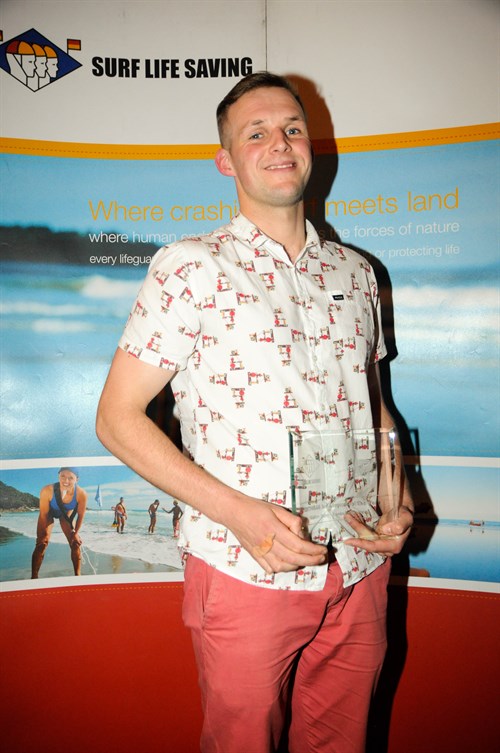