The goal was to apply methodology and equipment, to measure the physical layout of the (topographic) headland rip current across a range of different swell, tidal and wind conditions.

The data has now been processed and a final report has been written by project manager Dan Lee.

He had assistance from Associate Professor Karin Bryan from the Faculty of Science and Engineering at the University of Waikato who was instrumental in helping to process the data to an international scientific standard.

Surf Life Saving New Zealand Lifesaving and Education Manager Allan Mundy says overall the trial has been successful with most of the project aims having been achieved along with a raised awareness of rips' complexity and strength, even in a small swell.

While the intention was to do the research at multiple sites, it took longer than expected to finalise the method for data collection and ensure accurate results were captured, he says.

"The main reason for this was some surprising results that dispelled commonly held beliefs on the directional current and undertow of the rips at Mt Maunganui. However, getting accurate data was exactly what we wanted."

As a result of the trial, Surf Life Saving New Zealand has now developed a simple method that can be used to collect data on rips and currents at different beaches around New Zealand.

The trial also had a number of additional benefits to capturing new data. Drones that were provided by Emsisoft and used to gather visual footage can now be used to assist with training new lifeguards, with public education and as part of Surf Life Saving New Zealand's Beach Education programme which is presented to around 40,000 primary school-aged children every year.

Towards the end of the Surf Life Saving season (April) two presentations were delivered to groups including National and Regional Search and Rescue Police commanders, Coastguard, New Zealand Maritime Police units and Surf Lifeguards to showcase how the data can be used in Search and Rescue situations and how the drifters could be used to help plot the whereabouts of a missing person in locations where data hasn't been collected.

The presentations were well received with Search and Rescue New Zealand formally recognising the significance of the data gathering and requesting to engage with SLSNZ to ensure a credible database is set up to capture the collected data.

Additionally, Allan has been invited to present an overview of the project at the World Conference on Drowning Prevention in Vancouver in October.

"We are so proud to be presenting our findings on a world stage at a conference supported by the World Health Organisation and International Lifesaving Federation," he says.

"Our goal at Emsisoft is simple: keeping surfers safe using technology. We are thrilled to see that our joint project not only achieved its stated objective, but actually went beyond it and is now touching organisations both in New Zealand and in other parts of the world," adds Christian Mairoll, CEO of Emsisoft.

The next phase of the project is to gather new data to develop an evidence-based approach to searches in the future as well as building a database of results that can be accessed by Surf Life Saving and other Search and Rescue agencies.

A set of Key Performance Indicators (KPIs) are in development and will go in to a tender document that interested clubs, and lifeguarding groups, can tender for if they would like to become data collectors.

The successful teams will then receive training, drifters and GPS units to be able to collect data on their local rip currents that will then be entered into the national drifter database.

The tender document will be out in late October and be posted on the SLSNZ website. 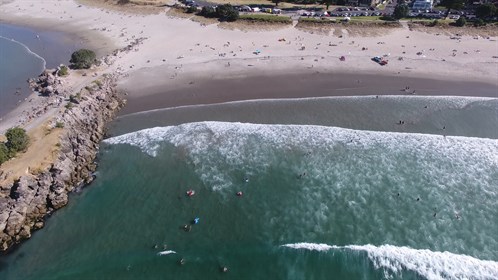