The Open Women's and Under 23 Women's teams were selected following the New Zealand Surf Boat Trials held at Mt Maunganui on Saturday November 11.

The results for the men's crews is more complicated; as there was no dominant crew on the day of the trial, nor the first round of the Surf Boat Series held the next day, the New Zealand Surf Boat Selectors have decided to defer selection of the Open Men's crew until after the Whangamata Surf Boat Spectacular on January 2, 2018 to see further performances of the crews that are trialling for selection.

In the Under 23 Men's category, the Whangamata Barry's were the clear selection after the trial races. However they are candidates for higher honours, having trialled in the Open Men's division as well.

If they are successful in this following the racing on January 2 and selected as the Open Men's crew, then a further selection from the remaining Under 23 triallists will be made.

If the Whangamata Barry's aren't selected as the Open Men's crew, they will then be confirmed as the Under 23 Men's crew.

The 2018 Trans-Tasman Surf Boat Challenge will take place on February 17 at Elouera Beach in New South Wales and will be incorporated into a full weekend of Surf Boat action as part of the ASRL Open event. 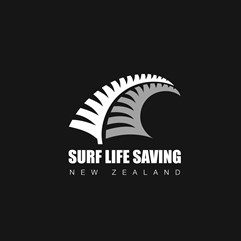