Mt Maunganui Lifeguard Service has surged ahead of their competitors at the first day of the TSB Bank Surf Life Saving Championships, held this weekend at New Brighton in Christchurch.

The annual event, which returned to Christchurch City this year after organisers were forced to move the 2011 event from Christchurch, has been led by the eastern region team from early on although other teams from around the country are on a charge.

Event officials say it's a credit to the skill of lifeguards right around the country with every region represented in the top five after the first day of the three-day event.

"Honestly, it has been the best start we could have imagined for the TSB Bank Surf Life Saving Championships. The weather and surf conditions have been ideal, the competitors have been fair but feisty and it's just been a really great atmosphere here.

"I also think having the nationals return here to the south island has attracted a great turnout from athletes and spectators which is always great for the sport and the local community too."

Although Younger says she is excited for the next two days of action as the teams promise to fight back against the current leaders.

"The buzz around the beach has been that everyone wants this win and they're all going to push hard to close the gap to Mt Maunganui [Lifeguard Service]. It will definitely be a close day of racing tomorrow so I'm looking forward to it, and I'm sure all of their supporters are too."

Racing continues tomorrow at the New Brighton Surf Life Saving Club on Marine Parade in Christchurch from 8.30am. Spectators are welcome to join in and cheer on athletes from their favourite club. 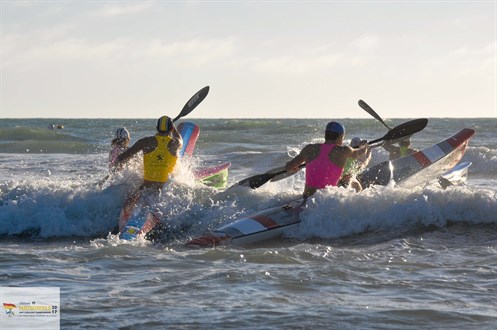