A new New Zealand record from captain Steven Kent put the New Zealand lifesaving team in a strong position for the second day of racing at the 2017 World Games in Poland overnight.

Another eight personal bests were set by the remainder of the team which followed on from a successful first day of racing that resulted in 10 of the 14 swims making A Finals.

Two solid days of racing in the pool this weekend has seen New Zealand's lifesaving team finish in fifth place overall at the 2017 World Games in Wroclaw.

All of the events are designed to test the technique, fitness and motivation of the athletes in a real life rescue situation but in a controlled pool environment.

It's the first time in nine years that New Zealand has sent a lifesaving team to the multi-sport event and team manager Mark Weatherall says it has been a great experience for the team of 10 (five male and five female) athletes.

Coach Jonelle Quane says she's extremely proud of the whole team, especially as two of their athletes were unwell.

"The team put themselves out there and showed great courage and I couldn't have asked for more, she says.

"I'm also proud of the way Steve led the team. He found himself in a really challenging situation with the tube breaking in his heat today and it was inspirational for the team to see how he got up and raced again (solo) and broke the New Zealand record in the process."

Kent says he too is proud of his young team.

"They were racing against some of the best athletes in the world. Personally, I am happy with where I am at performance-wise; setting personal bests is all you can ask for," he says.

Manager Mark Weatherall says the team appreciates the support of all the people at home who have followed the results overnight.

"I'm very proud of the team and it's an important step towards next year's Lifesaving World Championships in Adelaide," he says. 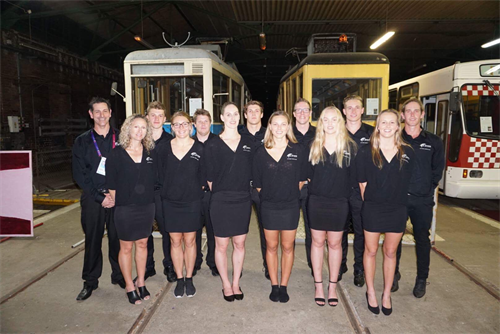