The local Mt Maunganui Lifeguard Service team has cruised to a dominant victory at the Surf Life Saving Eastern Regional Championships held this weekend in Tauranga.

Their best results included the double ski race, surf canoe and Taplin events. The Taplin event sees teams of three or six competitors (one swimmer, one board paddler, one surf ski paddler) cover the course in a sequence of legs determined by draw at the start of each competition.

Mt Maunganui head-coach, John Bryant, said "Our mantra is fitter, faster, skilled lifeguards save lives. That is the daily training environment we try to create here, and we think that the success of that is reflected in the results with us taking out the Eastern Regional Champs for the 7th year in a row."

Following the winners in second was Waikanae Surf Life Saving Club from Gisborne with 88 points, with a 16 point buffer over third place.

Rounding out the top three at one of the sport's biggest annual events was Piha Surf Life Saving Club from the west coast, with a total of 72 points.

Surf Life Saving New Zealand Eastern Region Sport Manager Mark Inglis was happy with how the event went and wanted to congratulate all the athletes who took part.

"A huge congratulations to Mt Maunganui for such an impressive performance this weekend, and of course, congratulations to all of the athletes who did an awesome job out there. Everyone, from athletes to volunteers, to officials and spectators allowed us to have such a fun and safe event so we have to thank them for their input," said Inglis.

"Overall, it was another hugely successful weekend for the Eastern Regional Championships. Tauranga really turned it on and we're thankful for the local support, because we really enjoy running events here in the Bay of Plenty and showing the region off to the rest of the country."

Weather and surf conditions were almost perfect today, with air temperatures reaching 24 degrees and a small swell of less than one metre.

The next event on the calendar is the North Island Surf Boat Championships held just north of Tauranga, at Waihi Beach next weekend from 4-5 February. 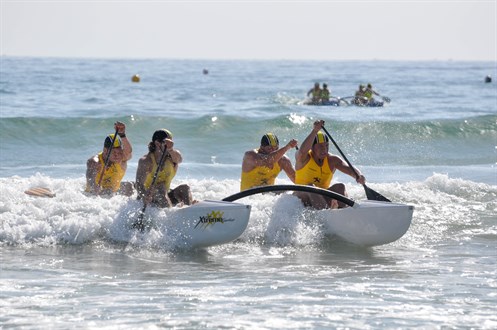