Omanu Beach will be looking to defend their Junior Surf title for the third consecutive time this weekend at the annual Eastern Regional Junior Championships.

The event has grown sizably with over 600 athletes taking part in the event at Waihi Beach across the coming weekend.

"Omanu are showing good form after taking out the Bay of Plenty Junior Championships at Ohope in December but Mount Maunganui and Papamoa will put up some tough competition too," he says.

Mount Maunganui has the largest contingent with 83 athletes entered followed by defending champs Omanu (75) and Papamoa (71). Hosts Waihi Beach have 70 while Red Beach, travelling from North of Auckland, have a group of 63.

The Under 8, 9 and 10 events will include Beach Sprints, Beach Flags, Run-Wade-Run, Run-Swim-Run, Surf Race, Body Board Race, Board Race, Diamond Race, Beach Relay, Body Board Relay, Board Relay and the four person Cameron Relay which involves two runners, one swimmer and one board paddler.

Racing begins at 8am on Saturday and continues through to Sunday.

Live results will be available as each event is run throughout the weekend at http://liveresults.co.nz/sls.

Photos, live streaming and updates will be available on the Eastern Region Facebook page. 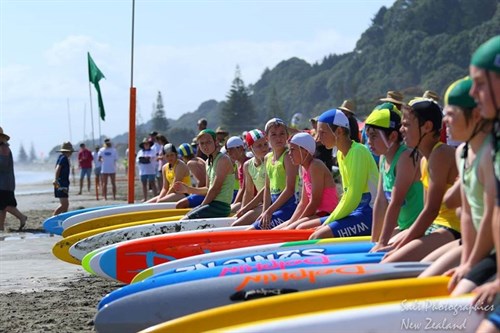