Surf Life Saving New Zealand is praising its volunteer lifeguards for a job well done as another season draws to an end with no drownings between the flags.

Patrols will still be running on many beaches in the Northern Region and parts of the Bay of Plenty and Coromandel until Easter Monday while the central North Island beaches and South Island are no longer being patrolled.

"We also experienced some cold water temperatures this Summer, around five degrees cooler than last year, which also kept many people out of the water and out of danger," he says.

While beach visitor numbers were down compared to last Summer, lifeguards still undertook a number of high profile rescues from swimmers caught in rips and stranded kayakers to assisting other emergency services with large scale search and rescue operations like the Kaipara Harbour tragedy and Edgecumbe flood.

Mr Mundy says with the beaches no longer being patrolled after Easter, people really need to stop and think carefully before they enter the water.

"We are asking people to take responsibility for their own safety and those around them. Learn to spot rips, assess the conditions and always swim with a friend. The surf is an unpredictable environment that can change very quickly. If you're not confident in your ability and don't know how to safely get yourself out of danger, then quite simply you should stay out," he says.

While the red and yellow flags will be put away until Labour Weekend, volunteer lifeguards' work is far from done.

Mr Mundy says many will continue to be part of callout and search and rescue squads over the Winter months as well as countless hours of training, upskilling and keeping their surf clubs running.

"Being a Surf Lifeguard is a big commitment and we're incredibly grateful to our thousands of volunteers around the country that have helped to keep beach-goers safe for another year," he says.

Full patrol statistics for the 2016/17 season will be available in May. 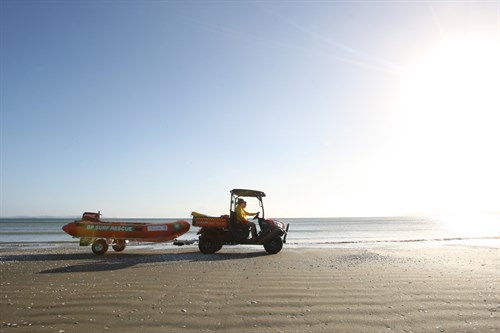