Five golds in the pool from Lyall Bay's Samantha Lee has firmly secured her the title of having the single best performance of any New Zealand surf lifesaving athlete at a world championship event.

Lee was just one of the Kiwi clubbies who together claimed 26 world championship medals over the past week at the Interclub competition of the 2016 Lifesaving World Championships that concluded today in The Netherlands.

Individually, Lee took out the Open women's 200m obstacle swim, 100m rescue medley, and 100m manikin carry with fins. And together with her BMD Northcliffe team mates she took out the obstacle relay and also the line throw with Danielle McKenzie. She added silver in the 50m manikin carry and super lifesaver and bronze in the 4x25m manikin relay.

Surf Life Saving New Zealand Sport Manager Mike Lord says this is an outstanding achievement for Sam, her clubs and the wider surf lifesaving community. "Sam is an amazing athlete and these performances, on top of taking out the national team's title with her fellow Black Fins last week, is quite astonishing," he says.

Mairangi Bay's Danielle McKenzie took an individual gold in the women's ski race along with two team golds; in the pool with Sam Lee in the line throw and on the beach with her BMD Northcliffe crew in the Oceanwoman relay. She also claimed silver in the board race and tube rescue team.

Some of the other highlights included silver for Midway clubbie and Black Fin Chris Dawson, representing BMD Northcliffe, in the obstacle relay team and bronze in the 50m manikin carry.

Piha's Hannah Williams and Papamoa's Madi Kidd took silver for Currumbin in the women's beach relay team with Hannah taking another silver in the oceanwoman relay.

Midway's Cory Taylor took bronze for BMD Northcliffe in the oceanman while Mairangi Bay's Marina McCartney claimed bronze with her Tweed Heads and Coolangatta team mates in the oceanwoman relay.

Mr Lord says all of the athletes can be incredibly proud of their achievements and what they have achieved on a world stage.

For full results from the 2016 Lifesaving World Championships, visit http://livetiming.lifesaving2016.com/ 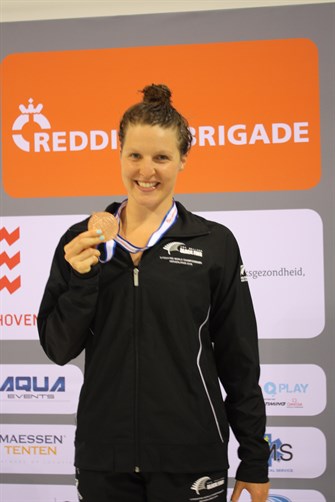