The Surf Life Saving Sports Hall of Fame was established in 1990 with 15 people inducted. The objective was to recognise exemplary contributions to Surf Life Saving in New Zealand. The second and third inductions were completed in 1995 and 2007 respectively.

Since then, the aim of the Hall of Fame is to acknowledge outstanding competitive performances by members of our organisation so that their achievements in surf sport are not forgotten and can inspire future generations.

To be eligible, inductees into the Hall of Fame will have dominated in an open individual or team event at the New Zealand Surf Life Saving Championships for a significant period of time or have successfully defended an international championship title.

Earlier this year, Surf Life Saving New Zealand invited clubs and members to make nominations for the 2016 Hall of Fame for the era of 1991 to 2010. Thirteen nominations were received with a further three added by the Hall of Fame Committee for consideration.

Surf Life Saving New Zealand Sport Manager Mike Lord says the eight inductees have achieved great success over their surf sports careers and it's great to formally acknowledge them with induction to the Hall of Fame.

"Their achievements are an inspiration to many past and present athletes and members and I know they will continue to be for our up-and-coming surf lifesaving stars," he says.

For more information about the Surf Sports Hall of Fame, click here. 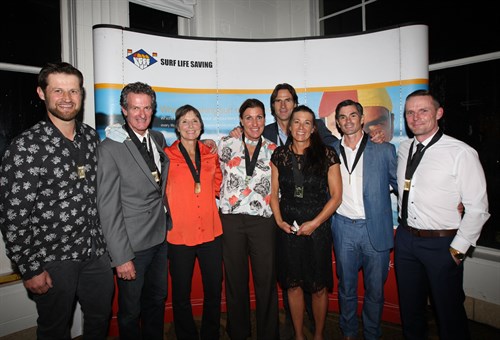