With events such as manikin carry, line throw and swim with obstacles, the championships tests the athlete's rescue capability and helps competitors of all ages train for surf-based rescues in a more controlled environment.

Mount Maunganui Lifeguard Service finished top of the club points table with 162 points across the Under 11, 12, 13, 14, 16, 19 and Open age groups to hold on to the Paul Kent Memorial Trophy for the second year in a row. Orewa was second with 111 points followed by Mairangi Bay on 74.

The top Masters Club Trophy, presented to the top club with culmination of points in the Masters age groups, went to Orewa Surf Club with 58 points. Red Beach was second on 45 points followed by Mairangi Bay with 34.

Surf Life Saving New Zealand Sport Manager Mike Lord says this year's pool championship was the biggest yet with a record 603 entries and it was also one of the most successful.

"What a way to kick-off the surf sport season! We pride ourselves on setting the way with pool rescue and the amazing results that came out of the three days of racing proved that. Two world records and over 40 New Zealand records is truly outstanding, he says.

"Congratulations to all of the athletes that raced hard and showed great sportsmanship. And special thanks must go out to the group of officials and volunteers that made this one of the smoothest events with sessions running on, and often ahead of, time," he says. 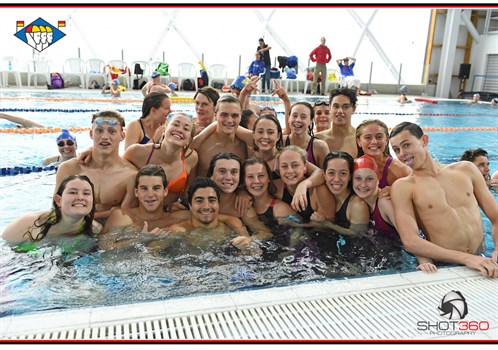