Scott Bartlett (Omanu) and Daniel Grant (Mairangi Bay) have been selected to assist in the delivery of a coaching workshop in Thailand next month.

The workshop is targeted at beach and ocean lifesaving coaches from ILS affiliated countries where their sport programme is developing, emerging or is in need of further development.

Scott and Daniel will team up with other facilitators from Australia and Japan to deliver the workshop in conjunction with the Thai Life Saving Society and ILS in Phuket from December 8-10.

The programme will include both theory based and practical workshops concluding with the Phuket Lifeguard Beach Carnival where they will assist with the running of the event, officiating and coaching.

Scott was the Black Fins coach for the 2012 and 2014 campaigns, has acted as a national coach and a national selector. He was also named Surf Life Saving New Zealand's Coach of the Year in 2013 and 2015.

Daniel has been a surf lifesaving coach since 2004, has been a coach facilitator for Surf Life Saving New Zealand and undertook the video analysis for the Black Fins' 2016 world cup campaign.

"Both Scott and Daniel are great representatives for Surf Life Saving New Zealand and I'm sure the participants will benefit greatly from their knowledge," he says.

For more information about the workshop, please click here. 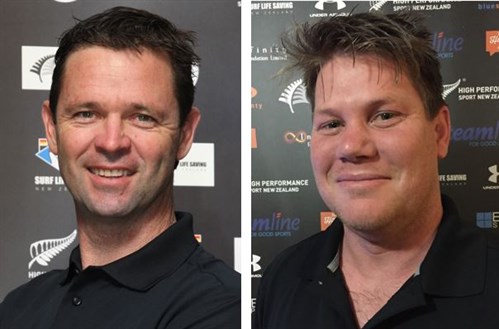