Surf Life Saving New Zealand is pleased to announce the appointment of Sam Mayhew as team doctor for the New Zealand Black Fins.

He takes over from previous team doctor Caroline Stuart who has stepped down after five years' service to the High Performance programme, which included winning two world championship titles.

New Zealand team manager Mark Weatherall says they are grateful to Caroline for her incredible work with the athletes over the past five years.

"She was an integral part of the team winning those two world titles and we wish her all the best in her new endeavours," he says.

Dr Mayhew will now work with the team as they prepare to win the lifesaving world title for the third time in a row at Rescue 2016 in The Netherlands this September.

As a member of Mairangi Bay Surf Life Saving Club, Dr Mayhew is no stranger to the world of surf lifesaving. He is also a surf ski paddler, chasing the World Surf Ski Series and World Championships in 2017.

Dr Mayhew is based at the HealthZone Medical Centre at AUT Millennium in Auckland and is also working with the NZ Warriors Reserve's (NSW Cup) and U20s (NYC), NZ Tall Blacks and NZ Breakers.

To be involved with the Black Fins as Team Doctor is an exciting role he's looking forward to, he says.

"As a clubbie myself, and passionate surf ski paddler, I'm already immersed in surf lifesaving as a lifeguard and athlete. To now be a part of the Black Fins' journey in a professional capacity, chasing the third consecutive world championship title, is an honour." 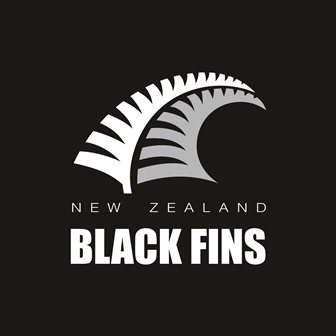