Over 300 athletes from 27 Surf Life Saving Clubs are ready to take on the national Inflatable Rescue Boat (IRB) championships in the Bay of Plenty this weekend.

The 2016 BP Surf Rescue New Zealand Championships will be hosted at Papamoa from April 2-3 and the club will be looking to retain their overall club title for another year after successfully holding on to it at last year's national champs near Dunedin.

Papamoa took a 32 point victory over Taranaki's East End. And this year, they have the highest number of athletes entered with 28.

Sunset Beach has 22 athletes taking part followed by Opunake and Dunedin's St Clair who are both sending 21 athletes.

Crews are travelling from as far North as Omaha Beach and as far South as Warrington, St Kilda and St Clair in Dunedin.

Sixteen crews will race in the Premier grade, with 26 in the Senior grade, 22 in the Women's and 22 in the Under 21 grade.

Surf Life Saving New Zealand Sport Manager Mike Lord says the weekend will bring out some fast, exhilarating racing from some of the best IRB racers in the country.

"We've already seen St Clair take out the top club in the South Island at the BP Surf Rescue South Island Championships earlier this month and Sunset Beach took out the North Island title at Waipu last month. So we expect to see some close racing between those top crews alongside current champs Papamoa. But, as we know with IRB racing, the title could be anyone's on the day and that is half the excitement," he says.

Mr Lord says the conditions are looking good for the weekend with a one metre wave predicted which will make for some thrilling racing.

Racing starts at 8.30am on Saturday with the Assembly Rescue followed by Tube Rescue, Mass Rescue, Open teams and Single Rescue.

Help us share some of the great moments from the BP Surf Rescue Series via our social media hub. You can now share your photos and videos by visiting https://community.surflifesaving.org.nz/members/register. Simply register then start uploading.

Alternatively, you can email them to BPSurfRescue16@sendpix.org. 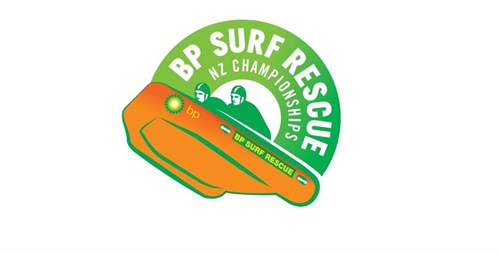