The Black Fins demonstrated their world champion skills at the 2016 Queensland Pool Championships over the weekend with a number of top results including an unofficial world record.

The team took part in the event on the Gold Coast as part of their second team camp ahead of the Lifesaving World Championships in the Netherlands.

Quilter set the bar high in the 50m Manikin Carry with a time of 33:21 however as the Queensland Pool Championships aren't a sanctioned event, the record can't be ratified. Teammate Sam Lee was close behind in 36:71 taking the bronze and over in the men's Steve Kent took gold with a time of 30:10, with Chris Dawson (30.38) and Andy McMillan (30.39) taking silver and bronze.

The success continued into the 100m Manikin Carry with Quilter taking another gold and Chris Dawson (48.14) and Kent (49.51) taking gold and silver for the men.

In the Super Lifesaver, Lee took out the gold with Kent and Dawson adding another silver and bronze respectively in the men's Super Lifesaver as well as in the 100m Manikin Tow.

The domination continued in the team events with Dawson and Paul Cracroft-Wilson taking gold in the men's line throw and Danielle McKenzie and Devon Halligan taking gold for the women.

Both the men's and women's team took gold in the 4x50m Obstacles, 4x25m Manikin Carry and 4x50m Rescue Medley.

Team coach Jason Pocock says it was a very successful day for the team. "I'm especially stoked for Laura with the unofficial world record; it's a shame the event wasn't sanctioned, he says.

"Their great times were a pleasant surprise considering the team has been busy with training and team building exercises as part of their team camp, which started on Friday. It shows what happens when you focus on the processes; the outcome will take care of itself."

The team camp continues over on the Gold Coast for the Black Fins until Sunday with a visit from some special guest speakers, more team building exercises and a full dress rehearsal of the Rescue 2016 programme.

For more information and full results from the Queensland Pool Championships, visit http://lifesaving.com.au/events/pool-rescue-competition/ 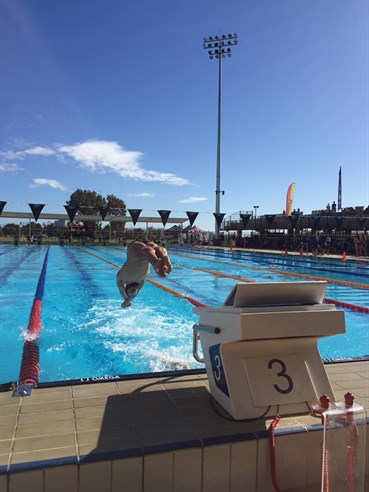