The successful rescue of an elderly woman who suffered a heart attack at Tairua just after Christmas has won a national surf lifesaving award.

On December 29, about a kilometre to the north of Tairua Surf Life Saving Club, a woman in her sixties collapsed as she was getting out of the surf. She wasn't breathing and was unconscious.

Her family raised the alarm and the lifeguards, who were training Nippers nearby, responded immediately.

One lifeguard ran the entire length of the beach to get further assistance and medical help from other lifeguards. Meanwhile, the two instructors commenced manual CPR for approximately five to seven minutes after moving the patient from the water's edge.

More lifeguards responded to the scene with oxygen and the defibrillator and following the initial shock, a further three were delivered in between CPR. Following the third shock, the patient began to show signs of life with weak spontaneous breathing.

Once the ambulance arrived, the lifeguards helped the paramedics stabilise and stretcher the patient who was then transported to hospital in the rescue helicopter.

The entire incident took one and a half hours from start to finish. The CPR and stabilisation of the patient on the beach was well coordinated and led to a successful outcome for the patient who could have died on the beach that day if it wasn't for the quick response of the lifeguards.

BP NZ Managing Director Matt Elliott says the actions demonstrated by these lifeguards were truly outstanding. "Since 1968 we have been proud to stand behind this amazing organisation and the lifeguards whose actions can literally mean the difference between life and death." 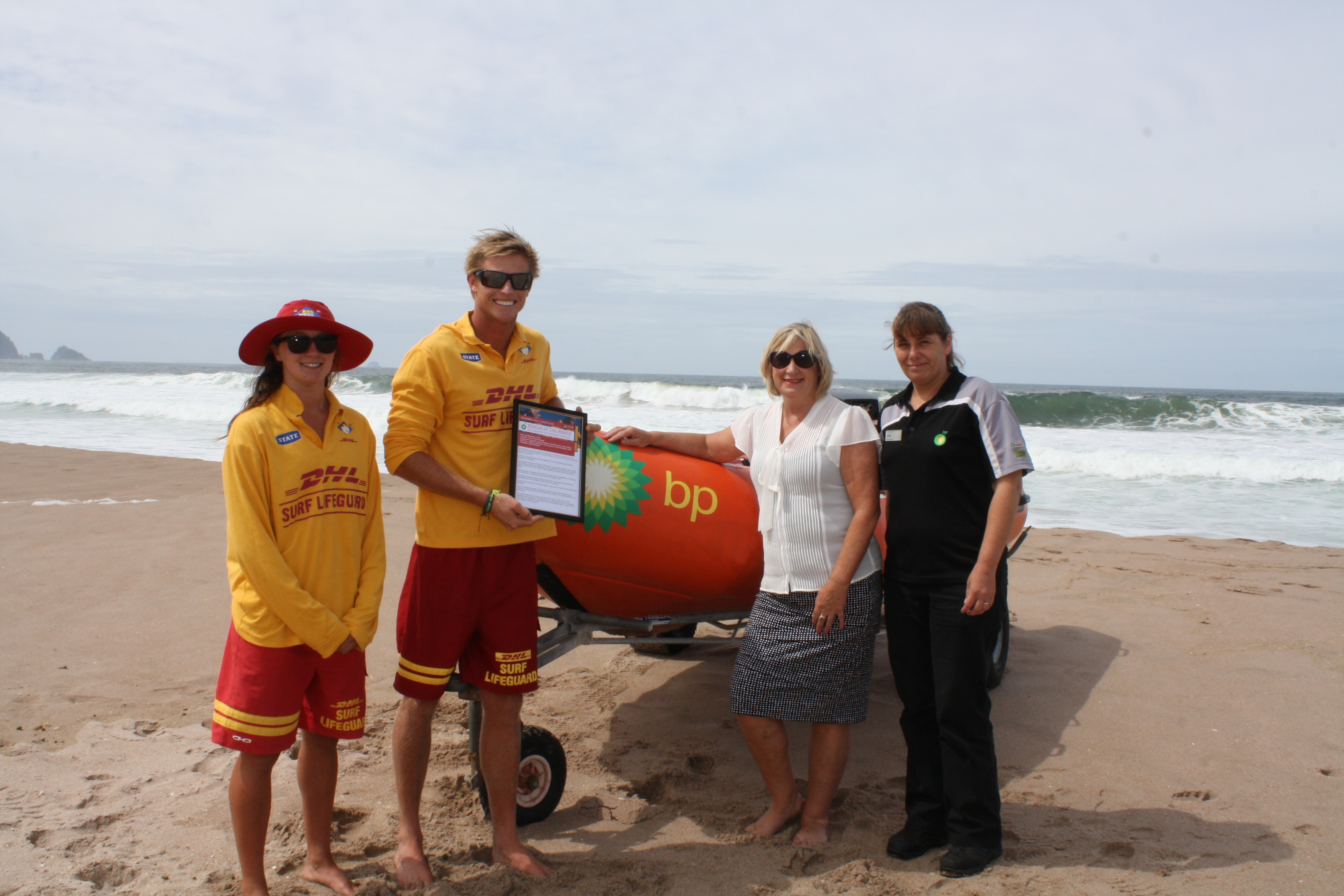