The Oar Blacks missed out on the Trans-Tasman Surf Boat title at the Australian Surf Rowers League (ASRL) Open at Shellharbour, New South Wales over the weekend.

The test on Saturday was a three race challenge for national teams with the women being represented by Muriwai and the men from Titahi Bay.

In addition to the open teams, two development teams consisting of athletes under 23 years of age, from Titahi Bay (women's) and Whangamata (men's) were also selected to take part.

Surf Life Saving New Zealand sport manager Mike Lord says the annual Trans-Tasman competition is always an exciting event. "Unfortunately, we couldn't take out the title this year but we are proud of the way our crews raced and represented New Zealand over the weekend. Australia raced hard and our crews gave it their best against some tough competition."

Mr Lord says the highlight was seeing the women's development team win their test two races to one.

"The aim of taking over a development crew was to help promote younger athletes in competition and to have them racing at an international level, and winning, is a great sign for the future of our younger racers," he says.

Part of the ASRL Open included the Interstate Championships and the New Zealand crews automatically qualified for the quarter finals which took place on Sunday.

The Titahi Bay crews put up a good fight with the Open men's crews and Under 23 women's development crews both coming in second place in their division.

Mr Lord says special thanks must go to team manager Clayton Kellett for his efforts with the crews at this year's event. 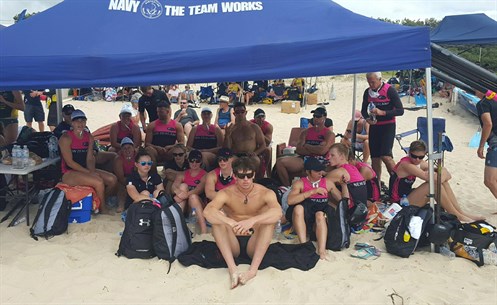