New technology to map rip currents at New Zealand beaches this summer has been successfully trialled at Mount Maunganui.

The project, funded by global Antivirus Software Company Emsisoft, uses 'drifters' to plot GPS data and drones to accurately map the rip currents and their behaviours to measure the physical layout of the (topographic) headland rip current across a range of different swell, tidal and wind conditions.

"The trial proved just how powerful rips are. What was interesting was the fact that even in little surf, the drifters travelled very fast in the surf. One of the drifters broke away from where it was predicted it would go and went half a kilometre down the beach in the opposite direction. This illustrates the transient power of rip currents and the danger the Mount Maunganui rips pose to the public," he says.

"There's still a lot to learn but the early success of the project at Mount Maunganui can be used as a template for further trials at more locations across the country this summer," he says.

The information gathered through the project will be added to a database which will assist in future current predictions during lost person's searches and the method will be used to set a data standard for future research on additional sites around the country. 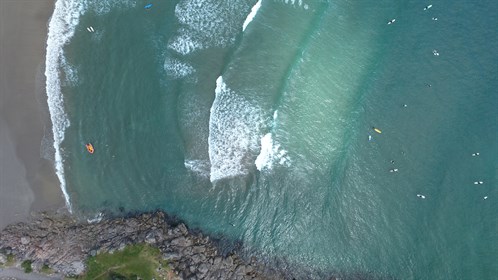