The Bay of Plenty club finished on 241 points, well clear of Papamoa in second place with 177 points followed by Red Beach in third (132 points).

Orewa (78) and Omanu (59) rounded out the top five after the two-day competition at Waterworld in Te Rapa, Hamilton.

Altogether, around 200 competitors from 12 clubs took part in the champs that featured events ranging from manikin carries and obstacles to line throw and rescue medleys. All the events are based around rescue capability and are specific to saving people's lives- what surf lifesaving is all about.

Some of the stand out performances came from nine different athletes who won all of the individual events in their age category.

Mr Inglis says it was a great weekend of racing and he would like to thank all the clubs and athletes for not only attending but for the wonderful level of cooperation and behaviour which enabled the event to run so smoothly.

"A special thanks also to the volunteer officials and water crew who did an outstanding job and, who without, we could not run these events," he says.

For the full breakdown of results please click here. 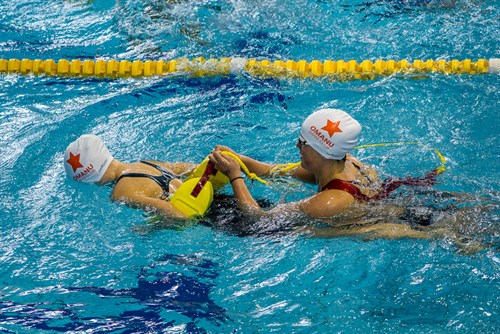