Surf Life Saving New Zealand's annual pool rescue competition is all set to be the biggest one yet.

A record 567 athletes, from 10 year-olds through to Masters, have entered this year's New Zealand Pool Championships, up 87 on last year's number of entries.

The entries are spread across members from 33 Surf Life Saving Clubs in New Zealand; 168 from the Northern Region, 195 from the Eastern Region, 133 from the Central Region and 40 from the Southern Region. The remaining 31 entries are international competitors from China and Australia.

134 different events will be contested across 480 races at West Wave Aquatic Centre in Auckland from October 2-4.

A number of the world champion Black Fins will also be taking part including Steven Kent, Andy McMillan, Chris Dawson, Laura Quilter and Samantha Lee, along with a large number of the High Performance squads.

The team to represent New Zealand at next month's European pool competitions, the Orange Cup and the German Cup, will be selected during the weekend and announced at the pool champs prize giving on Sunday afternoon.

The selected team will then depart New Zealand on November 12 with coach Steven Ferguson and team manager Mark Weatherall. The Orange Cup (formally known as the BeNe Cup) will be held in the Netherlands from November 14-15 at the Rescue 2016 pool venue, and the German Cup will run from November 20-21 in Warendorf. The team will then return from Germany on Sunday November 22.

The New Zealand Pool Championships will feature events ranging from manikin carries and obstacles to line throw and rescue medleys. All the events are based around rescue capability and are specific to saving people's lives- what Surf Life Saving New Zealand is all about.

Surf Life Saving New Zealand Sport Manager Mike Lord says the event, being run for the thirteenth consecutive year, typically attracts around 480 entries so it's fantastic to see the number well over 500 this year.

"That's testament to the quality of the event. It's the first national event for the surf lifesaving season and that's a great sign for a big season ahead," he says.

The event will also have around 50 officials, water crews and volunteers to assist with running the annual event.

Click here for more information and check out the live results page throughout the weekend. 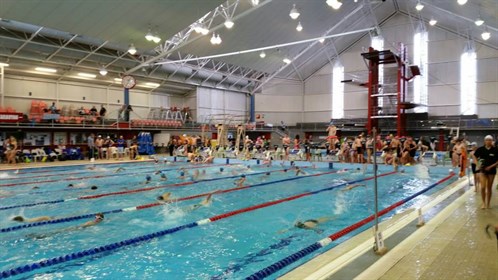