The single largest lifesaving pool event in the country hasn't just got local competitors buzzing; the New Zealand Pool Championships has also received entries from New South Wales and as far as China.

The national champs for pool rescue events will take place at the West Wave Aquatic Centre in Auckland from October 2-4.

New South Wales has entered a team of 12 who will compete in the Under-19 age category and they will be accompanied by a management team of three.

China has also entered a team of 12 athletes; six will compete in the Open events and four in the Under-19 division. They are also sending two substitutes.

Surf Life Saving New Zealand Sport Manager Mike Lord says pool champs has always been a draw card for Surf Life Saving Clubs around the country but it's the first time we've had entries from a team such as China.

"Now in its thirteenth year, the competition has gone from strength to strength and has the reputation of some of the most close and competitive racing in the world. It's pretty clear evidence that New Zealand is leading the way with pool rescue," he says.

The champs will feature events ranging from manikin carries and obstacles to line throw and rescue medleys. All the events are based around rescue capability and are specific to saving people's lives- what Surf Life Saving New Zealand is all about.

Mr Lord says surf lifesaving isn't just about summer. "Lifeguards are training year-round so when people are ready to hit the beach, they're ready to rescue, he says.

"Competing in the New Zealand Pool Championships is one of the ways they stay focused on keeping fit. Records are expected to be broken, especially by some of the competing Olympians and Black Fins team members."

There will be approximately 400 races across the competition that kicks-off at lunchtime on Friday and continues through all day on Saturday before finishing up at lunchtime on Sunday.

Usually attracting over 450 entries from athletes around New Zealand, the event will also have around 50 officials, water crews and volunteers to assist with running the annual event.

There are a range of reasons why the New Zealand Pool Championships is a unique and exciting event.

Not only is it the one event that is held in a controlled environment, it also the one competition that is purely swimming based.

It's also the one event that has 10 year-olds through to Masters competitors competing in the same arena.

The different events help competitors train for a surf environment. Diving underwater to pick up bricks off the bottom of the pool and rescuing manikins that weigh around 50kgs is comparable to ducking under a wave and diving under to rescue someone.

Some of the most popular events to watch are the line throw which involves one person throwing a rope to a patient who is positioned 12.5 meters from the pool edge; it is a very fast and exciting race to watch.

The Super Lifesaving event is another popular one with different components including swimming with fins, towing a rescue tube and manikin as well as a rescue off the bottom of the pool.

There are two types of records to be broken at the event:
• The Championship Records - there are likely to be many of these broken in all age groups.
• National New Zealand Records - are the best of the best - these are can be won by anyone in any event National or International. 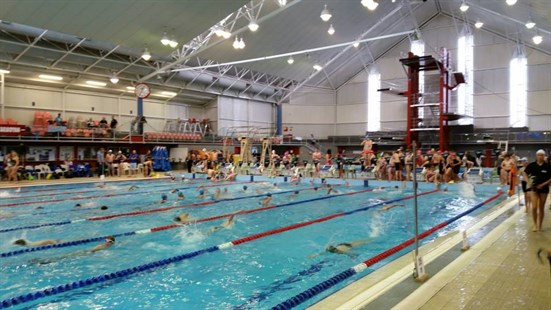