Astoundingly, figures released in the global report on drowning prevention showed drowning to be the second greatest contributor to human death in the world, behind famine. The number of people that drown each year is higher than the number of people killed in wars and through civil unrest.

It also sits as the third greatest cause of death in New Zealand.

Prior to conference, members of the delegation attended the Rescue Commission meeting of the International Lifesaving Federation, where Titahi Bay's Nick Mulcahy was voted on as a sitting member, taking over from Piha's Jonathon Webber.

At the conference, Nick also presented his work on Aquatic Risk Management and the adoption of recognising the six key factors that water safety practitioners should be aware of when developing aquatic safety management plans.

Each factor must be considered when assessing people's activity in the aquatic environment and can be easily applied by lifeguards assessing risk at their beaches.

Muriwai Life Member Dr Kevin Moran also presented several papers including his research about New Zealanders swimming fully clothed. This research shows swimming ability is decreased by an average of 36%; a great point to remember when we are dealing with more and more people attempting to swim while fully clothed.

Teresa Stanley from Pauanui SLSC also linked the perceptions of Maori and Pacific island males' ability to swim; 89% believed they could swim 50m well and that over 80% could easily rescue someone in open water. However, in reality, this far exceeded their actual ability when questioned on specifics. When asked if they felt confident swimming in rough or murky water, just over 40% felt confident. Only 45% of them were happy floating in deep open water without a life jacket on.

Jonathon Webber from Piha SLSC presented a paper emphasising the importance of understanding the Drowning Chain of Survival. He identifies the steps as prevent drowning, recognise distress, provide floatation, remove patient from the water and provide care as needed.

Fellow Piha member Billy Doyle presented several papers centred on observations of lifeguard scanning and the benefits of lifeguard training as a team, similar to the team approach used by doctors and nurses in emergency departments. Of those patrols, he had observed that in stressful situations, less experience lifeguards tended to make errors (focusing on small insignificant factors) while losing focus upon the bigger picture and the needs of the patient. Billy recommended a greater emphasis on scenario-based training in patrols to help eliminate fixation errors.

Also attending from New Zealand were Paul Carlyon (Otaki SLSC) in his capacity as Chair of the SLSNZ Lifesaving Committee, Meagan Lowe, a coastal scientist who works with Nick Mulcahy and Mark Lindsay from Water Safety NZ.

The global conference is one of the most important events on the calendar of the International Life Saving Federation.

The purpose is to bring together the world's foremost experts, research, systems and information on drowning prevention, rescue, lifesaving and water safety for exchange, debate and further development that will lead to reduction of death and injury in all aquatic environments worldwide. 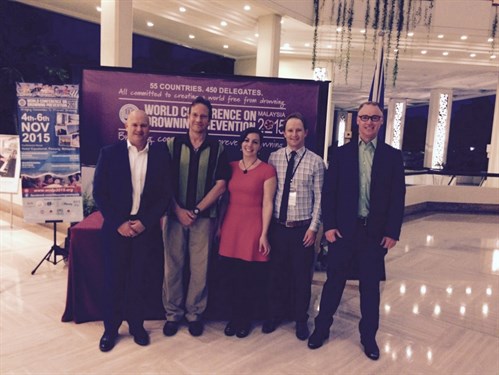 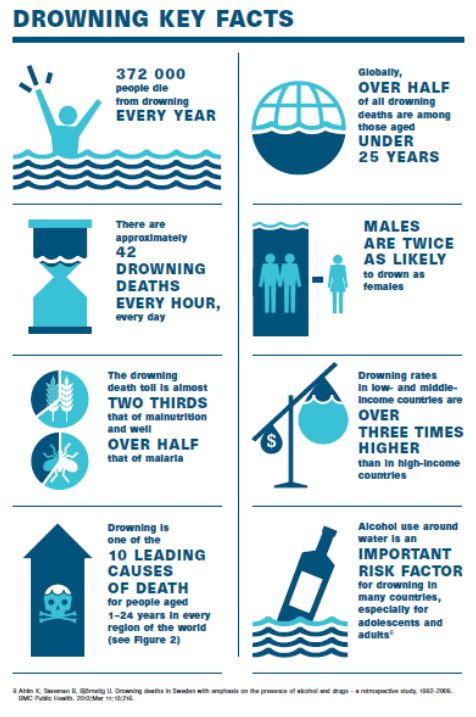