The New Zealand team has made their mark in Warendorf overnight, setting two new World Records and claiming a large number of medals on Day One of the 2015 German Cup.

Not to be outdone, the Men stepped up in similar style for their first event where Steve Kent took gold in the 200m Obstacles in a time of 1.55.59. Andy McMillan took the bronze with a time of 1.56.78.

Continuing their good form, the Men's 4x50m Obstacle Relay team of Kent, McMillan, Andrew Trembath and Chris Dawson took gold, setting a new World Record in the process, in a time of 1.37.06.

Following on from an impressive performance at last week's Orange Cup where she took gold and set a new NZ record (34.66), Quilter snapped up another gold in the Women's 50m Manikin Carry this time setting a new World Record time of 34.27. Lee was close behind to take the bronze in a time of 34.55.

While not quite enough to claim a medal, the boys smashed the old New Zealand record by two seconds to claim fifth in the 4x25m Manikin Carry in a time of 1.10.52. The former NZ record had stood since 2008.

New Zealand Team Manager Mark Weatherall says he and coach Steve Ferguson are incredibly proud of the team's efforts. "Not only with the medals and records but it was great to see the likes of Carina and Andrew, who are at the German Cup for the first time, setting new personal bests," he says.

The second and final day of racing kicks-off at 8.30pm tonight (NZ time) and the events contested will include the 100m Manikin Carry with Fins, 100m Rescue Medley, 4x50m Medley Relay and the 200m Super Lifesaver.

To keep up-to-date with the team, visit the SLSNZ High Performance Facebook page. 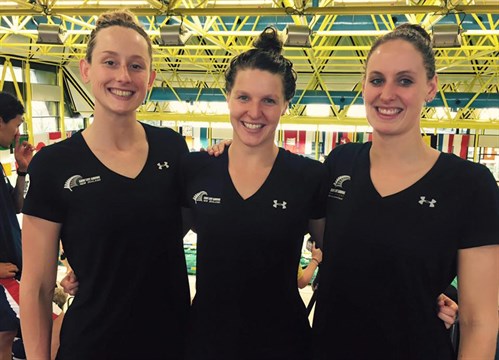