Over 1,300 people made it home to their families safe and sound this summer thanks to the efforts of the country's surf lifeguards.

Surf lifeguards have patrolled around 80 beaches since Labour Weekend 2014, rescuing 1,310 people, which is up on last year's total of 1,034.

Lifeguards have also conducted a total of 2,329 first aid treatments, an increase of 35 percent on last year's total of 1,724. The number of searches undertaken also increased significantly from 265 last season to 342 this season.

Each beach is dangerous in its own right due to environmental factors and one of the key indicators of a successful season is the number of preventative actions undertaken by lifeguards. Preventative actions are steps taken by lifeguards to prevent an incident taking place in the first instance and can include moving swimmers into the flagged area or picking up a piece of glass on the sand to prevent injury.

Surf Life Saving New Zealand CEO Paul Dalton says lifeguards have once again done an amazing job of helping to make the country's beaches a safer place for all to enjoy.

"Saving over 1,300 lives this summer is something for our lifeguards to be truly proud of. We also need to remember that on top of that, lifeguards prevented thousands more from getting to the point of needing to be rescued."

Mr Dalton says unfortunately a large number of beachgoers put themselves into unnecessary danger this season. A large number of the rescues took place outside of the traditional flagged patrol area and outside of standard patrol hours.

The year started off on a bad note with eight drownings at beaches in January- just under the total number of beach drownings for all of 2014 (11 deaths).

Around the regions, the number of rescues have all increased on last season with Northern Region seeing the largest increase at 37%. They have undertaken 453 rescues this season in comparison to 330 last season.

The Eastern Region, which spans from Hot Water Beach in the Coromandel to Midway in Gisborne carried out 473 rescues this season compared to 367 last season- an increase of 29 percent.

The Central Region, spanning from Taranaki down the Kapiti Coast to Wellington, as well as the Hawke's Bay, has seen an increase of 17% from 213 to 250. The South Island increased 8% from 124 to 134.

When swimming at an unpatrolled beach, SLSNZ encourages people to take care and understand what risks they may be putting themselves, or their children, into and take practical steps to avoid them.

Key beach safety messages:
• Always keep a very close eye on children in or near the water. • Get a friend to swim with you - never swim or surf alone. • Watch out for that rip - rips are calm, deep patches of water close to shore that can sometimes have waves breaking to the side. Rippled, discoloured or foamy water with debris can also mean there is a rip present. • Don't overestimate you or your children's ability to cope in the conditions. Even waist deep water can be life threatening if you step in a hole or get hit by a large wave. Preferably be in the water next to them at all times on a surf beach.
• If you're away from home, check with the locals and ask them about the conditions and the safest place to swim.
• If in doubt, stay out! 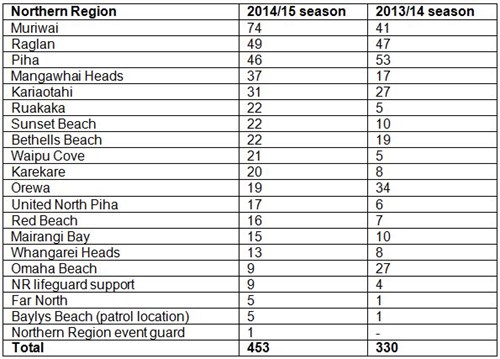 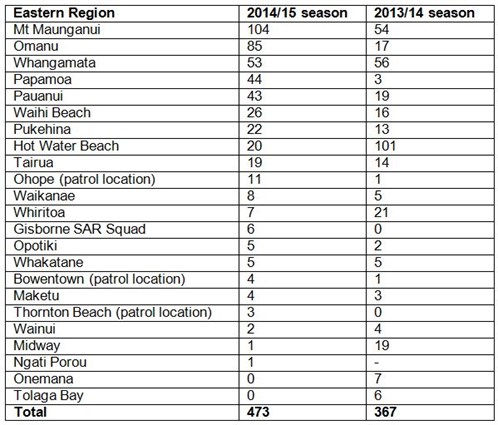 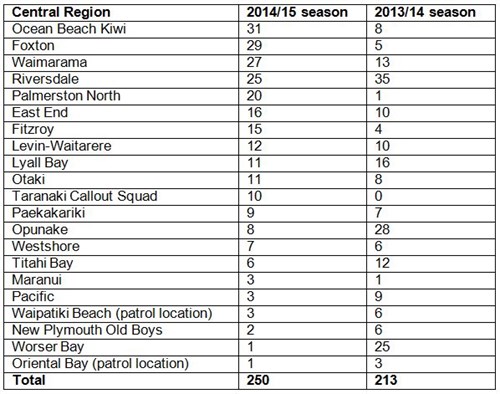 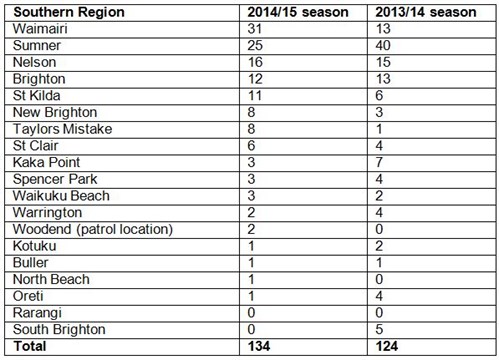