Surf lifeguards who patrol beaches across Otago and Southland have been honoured for their hard work and dedication to saving lives at the 2015 Otago/Southland Awards of Excellence.

The celebration of surf lifesaving took place at the Brighton Surf Life Saving Club on Saturday May 23.

One of the night's top awards, Volunteer of the Year, was awarded to Tarn Neuman, 19, from Warrington Surf Life Saving Club. She was awarded the Les Jordan Memorial Trophy in honour of Mr Jordan who died on February 5, 1964 in a shark attack at St Clair Beach.

Surf Life Saving New Zealand Club Development Officer Sam Clutterbuck says Tarn has acted as Warrington's lifesaving coordinator for the past couple of seasons and last year she was awarded the Instructor of the Year Award. "It takes a lot of commitment to be a lifeguard and Tarn shows a great deal of dedication and commitment to surf lifesaving in her local community," he says.

Tarn and Paige will go on to be finalists in the national SLSNZ Awards of Excellence, being held in Wellington in September.

Rescue of the Year was awarded to St Kilda for a rescue on April 3, 2015 that involved two off-duty rescues in one day. Lifeguards Duncan New and Bryn Schievink spotted two youths caught in a rip while cleaning the club house and later that afternoon, saved another swimmer from another rip.

Club of the Year was awarded to Brighton Surf Life Saving Club.

Surf Life Saving Clubs in the Otago/Southland area include Warrington, St Kilda, St Clair, Brighton, Kaka Point and Oreti and together they undertook a total of 34 rescues in the 2014/15 season.

View some photos from the evening here.

Top U21 IRB Crew Otago Championships: St Clair A - A. MacKenzie, A. Ibbotson 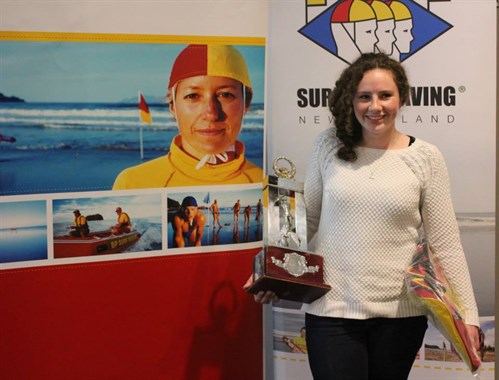