It was all focus and determination for New Zealand's surf lifesaving squads in Auckland over the weekend when they took part in their first training camp in the Rescue 2016 campaign.

The 60 athletes in the New Zealand Open and Development squads took part in the camp from Friday night thought to Sunday at the Millennium Institute of Sport and Health in Mairangi Bay.

New Zealand Team Manager Mark Weatherall says they had a really good weekend with the two squads. "It was the first time in about two years we've had two full squads together like this so it was fantastic to have them all in the one place, as one team, and feed off of each other in their training and team building activities," he says.

The squads were involved with specific pool, beach and craft coaching sessions with some legends of those disciplines passing on some of their knowledge.

Mr Weatherall says it was a great opportunity for some of the youth athletes in particular to take in some tips and learn off our 2014 World Champion athletes that are in this year's open squad.

"It was also fantastic to have former New Zealand team members Morgan Foster, Michael Buck and Olympian Dean Kent at the pool for some coaching on Saturday. "That's a huge amount of experience to put into the 2016 campaign," he says.

The road to Rescue 2016, the Lifesaving World Champs, will be a busy one for the two squads with a number of international competitions on the calendar over the coming year.

The Sanyo Cup takes place in Japan next month followed by the International Surf Rescue Challenge in Australia in September. The two teams have already been selected and the team captains were named over the weekend.

To view photos from the weekend's squad camp, click here.

To keep up to date with the team's journey, visit the High Performance Facebook page or on Twitter @slsnzhp 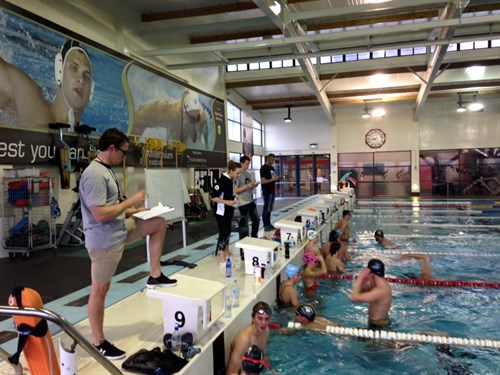