Kiwis have flying start on Day One of Sanyo Cup

The Kiwis came out flying on the first day of the 2015 Sanyo Bussan International Lifesaving Cup over in Japan yesterday, taking 9 golds, 8 silver and two bronze.

Mairangi Bay's Danielle McKenzie was quick to claim her first of three golds in the Women's board race with fellow team member, Piha's Hannah Williams coming in fifth.

Omanu's Max Beattie also claimed gold in the men's board race with Midway's Cory Taylor close behind in second.

Doyle added another silver to the medal tally in the women's surf race with Williams not too far behind in fifth. In the men's event, Taylor took silver with Papamoa's Ben Johnston claiming the team's first bronze.

Both the women's and men's teams took silver in the taplin and tube rescues.

The medals didn't end on the water. Over on the beach, the team were topping up the tally with the Kiwis claiming gold in both the men's and women's beach relay events.

Fitzroy's Zoe Hobbs and Mairangi Bay's Jake Hurley both won their beach sprint events while Hurley added a bronze in the men's beach flags and Hobbs took fourth in the women's event.

Assistant team manager Steve Vaughan says it was a fantastic first day of competition and he is incredibly proud of the team. "Now it's time to back up those great performances on Day Two," he says.

Keep an eye out on the High Performance Facebook page for news and updates and follow the Sanyo Bussan international Lifesaving Cup page for live updates. 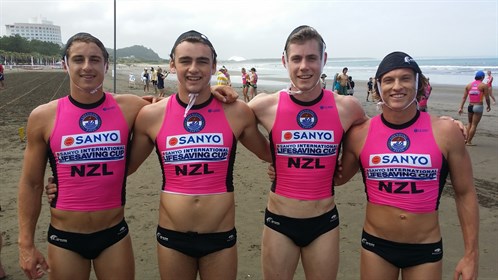 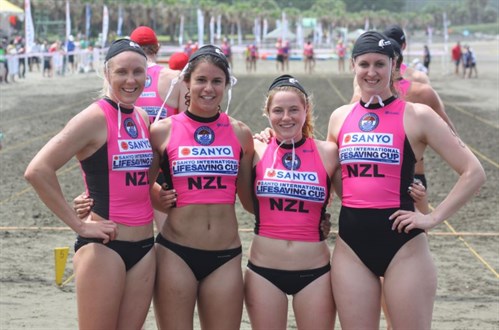