The 23 year-old is no stranger to international competition. He was part of the New Zealand Black Fins team that won the world surf lifesaving title in 2012 and again in 2014.

He also went to Japan in 2013 as part of the New Zealand Open Team for the International Surf Rescue Challenge where the team finished runner-up to Australia.

Beattie says he's honoured to be captaining the team for the Sanyo Cup.

"Since coming through the High Performance program and being a part of the NZ open squad for the last four years and trying to emulate guys like Andy McMillan and Kevin Morrison, I noticed myself maturing. So many of my heroes have worn the silver fern on their cap and I'm super proud to carry on an amazing legacy," he says.

As captain, his advice for the team will be more about the processes than the result. "Do the little things right and the result will take care of itself," he says.

On a personal level, his goals for the competition aren't necessarily based around racing. "I basically want to support, motivate and help my team mates achieve their goals, he says.

"Just like all international competitions, I'm also really excited to see how the less-experienced countries are developing and catching up with friends from around the world."

Alongside Max in the team of eight are fellow world champions Danielle McKenzie and Cory Taylor.

The Japan Lifesaving Association extended the invitation for a New Zealand team to attend the competition earlier in the year. The team was named in late May and the athletes have been putting in the usual long training hours in preparation.

New Zealand Coach Jason Pocock says it's a great opportunity to send a team across to have a hit out against teams like Australia and Japan. "It also gives a few of the more development athletes an opportunity to race at this level," he says.

Mr Pocock says it's also a great chance to compete on an international stage ahead of September's International Surf Rescue Challenge (ISRC) to be held in Australia.

"A number of the Sanyo Cup team members, including Danielle McKenzie, Max Beattie and Cory Taylor, are part of the 12-strong Black Fins team for the ISRC, so it's a good opportunity to test their performance at this part of the season," he says.

Piha's Hannah Williams says she's looking forward to heading to Japan for the first time. "It's going to be a really good competition, especially with the Australians and the Japanese, she says.

"I'm most looking forward to the opportunity to be a part of the open team; I think that's a really good experience and to be able to verse athletes like Australia's Liz Pluimers will be really cool."

The 17 year-old says her goal is to get in there and do her absolute best. "I'm quite young for the competition but I just want to show the older guys that I know what I'm doing and I've got what it takes," she says.

For Mairangi Bay's Danielle McKenzie, it won't be the first time she's competed in Japan. She has previously competed at the Sanyo Cup and she was part of the NZ team that competed at the 2013 International Surf Rescue Challenge in Onjuku Beach in Chiba.

Her goals for the competition will be in racing in the board and Iron. "And just doing my best and hopefully putting it to the Aussies," she says.

The team of eight, along with coach Jason Pocock, assistant team manager Steve Vaughan and Youth Team coach Jonelle Quane, depart from Auckland Airport on Thursday (July 16) and arrive back in Auckland on Wednesday July 22. 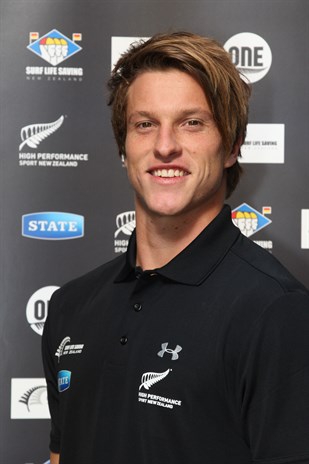