Lifeguard of the Year says give Surf a hand

The 2014 Lifeguard of the Year has seen his fair share of rescues over his time and now he is urging Kiwis to show their support for the annual Surf Life Saving Summer Appeal.

Titahi Bay Surf Life Saving Club's Nick Mulcahy was named Lifeguard of the Year at the 2014 Awards of Excellence in September. The award is the pinnacle of surf lifesaving in New Zealand and highlights the skill, experience and dedication of the men and women who give up their time to make our beaches safer.

As Patrol Captain and Lifesaving Coordinator, Nick has undertaken numerous roles including being responsible for surf lifeguarding and development at Titahi Bay SLSC. He completed over 75 voluntary hours of service to his club last summer as well as 10 hours of service to Riversdale SLSC.

He has worked with every patrol team at Titahi Bay to upskill members, increase specific lifeguarding competencies and improve the delivery of surf lifeguard services. He has also conducted training scenarios with the patrol teams and encouraged them to undertake preventative actions such as educating swimmers and rock fisherman of local dangers.

Nick has also run coastal safety programmes for Titahi Bay community groups, including new migrants in the community, and has actively educated members of the public outside of surf lifeguarding hours (when coaching at the beach) and has actively prevented incidents.

Surf Life Saving's Summer Appeal is on now and runs through until February 28, 2015.

Nick says you don't have to be a lifeguard to be a lifesaver. "Text the word SURF to 849 to make an instant $3 donation and you too can help save people's lives."

Proceeds raised will go towards training lifeguards, the purchase of essential rescue equipment and extending services to meet the growing needs of our communities.

"Surf Life Saving is an essential rescue service as well as a charity and we need the public's support to raise money to help lifeguards save more lives on New Zealand's beaches this summer," he says.

Text 'SURF' to 849 to make an instant $3 donation or click here to donate online. 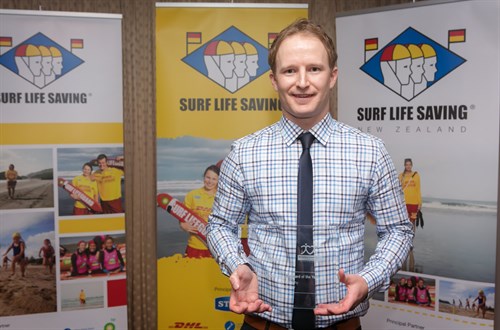