Mount Maunganui lifeguard Cameron Witney has achieved the highest award when it comes to lifeguarding in New Zealand.

The 20 year-old gained his Advanced Lifeguard Award while attending Surf Life Saving New Zealand's National Lifeguard School in Fitzroy over the weekend. Of the 16 lifeguards who took part, Cameron gained the top candidate award for the school.

This is the second National Lifeguard School to take place this season. Due to the overwhelming amount of applications, SLSNZ decided to undertake two schools. The first took place at Whiritoa from December 12-14, 2014 where Whangamata Lifeguard Mitch Jensen was the top candidate.

"This was the first school we have had in years where the top candidate could've gone to six possible lifeguards. The candidates really raised the bar when it comes to advanced lifeguarding and showed a high level of fitness and skills," she says.

Head Instructor Gavin Mason says it was great to have a fantastic team of instructors on board, delivering and teaching their skills and knowledge at our highest course. "It is a real team effort which has really shown during this school with the level of skill from the candidates," he says.

Thank you also to Phil Burgess, NZSAR, Todd Cations-Velvin and the SLSNZ Board for attending this school as observers and for their valued input.

National Lifeguard Schools are something that lifeguards aspire to. They combine dynamic theory sessions with a number of intensive practical and scenario based activities extending participants both physically and mentally - honing already advanced skills.

Lifeguards who successfully complete a National Lifeguard School with all the required prerequisites are then awarded their Advanced Lifeguard Award - the highest award for surf lifeguards in New Zealand.

For more information about the National Lifeguard School, click here and to view photos from the weekend, click here. 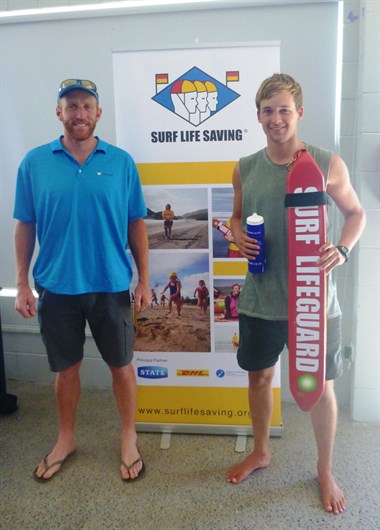