The brave rescue of two young girls at Auckland's Piha Beach on November 24 has won a national surf lifesaving award.

Each month, Surf Life Saving New Zealand selects a winning rescue from each region as well as an overall national winner for the title of BP Rescue of the Month. Lifeguards from Piha, Red Beach and Northern Region's Beach Education programme have won the Northern Region Rescue of the Month award for the winter season as being the overall national winner.

On Tuesday November 24, off duty Red Beach lifeguard Jackson Smith was hanging out with some friends at Piha when he was alerted to an incident. A 19 year-old woman was missing in rough conditions, just North of Lion Rock.

Without a second thought, Jackson raced to the water where he came across the victim's friend. She indicated that her friend was in the water and likely dead.

Jackson proceeded out around 50m before finding the patient face down and unconscious in the water. With the help of some bystanders, he managed to retrieve the patient and immediately commenced CPR.

Meanwhile, the Beach Education team had finished working for the day when they were alerted to the local first response team's sirens. Piha lifeguard Duncan Clarke arrived and, with lifeguards Simone and Leilani, proceeded to North Piha with an IRB.

On arrival, the lifeguards found a patient undergoing CPR. Simone and Leilani immediately helped with the police helicopter crew who had taken over CPR. Duncan was also liaising with the rescue helicopter that landed and took control of the scene. The patient was unresponsive but breathing. From there, lifeguards assisted with loading the patient into the helicopter as well as providing scene control.

The patient was flown to Auckland hospital alive, but in a serious condition. There is no doubt this patient would not have survived had Jackson and the other lifeguards not been around the Piha area at the time of the incident.

The skills demonstrated by all lifeguards involved was credit to their training.

BP NZ Managing Director Matt Elliott says the quick response shown by these lifeguards was truly remarkable. "Since 1968 we have been proud to stand behind this amazing organisation and the lifeguards whose actions can literally mean the difference between life and death." 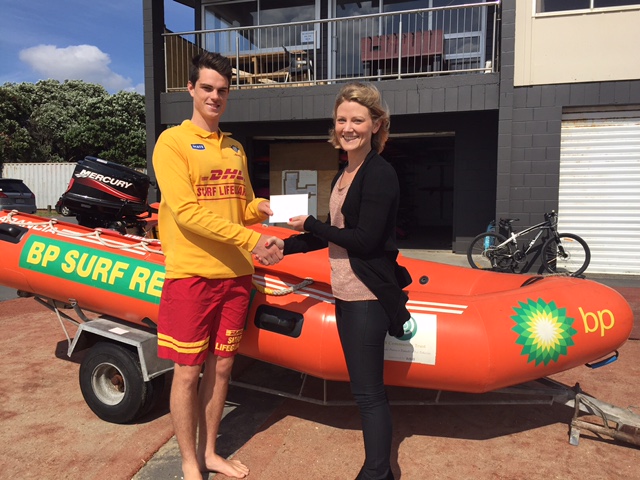