Putting the pressure on his Aussie competitors in the flag races is high on the agenda for Fitzroy's Paul Cracroft-Wilson when he pulls on the silver fern at next week's International Surf Rescue Challenge (ISRC).

It's been a busy year for the 34 year-old who will captain the New Zealand Black Fins at the bi-annual surf lifesaving competition.

In April, he married Melissa Howard; co-captain of the Australian ISRC team. "We have done a few competitions now where we have been on opposing teams. Obviously, I like to see Melissa do well but, when I put on the fern, it's black all the way!" he says.

The competition is a gathering of the world's top lifesavers and originally started in 1939 as the Trans-Tasman Series between Australia and New Zealand. Since 2005, the event has grown and this year the participating countries include Canada, Hong Kong, Korea, the USA and Japan.

The 2015 ISRC is being hosted by reigning champions, Surf Life Saving Australia, in Maroochydore on Queensland's Sunshine Coast. Three tests will take place; test one on September 3 followed by tests two and three on September 5 and 6.

Cracroft-Wilson says his goal is to have three great flags races and put the heat on Australian men Jackson Symonds and Dean Scarff. "Those boys are super-fast sprinters and flaggers and no doubt they will be working together to put the pressure on me," he says.

Being asked to captain the team of 12 is an honour, he says. "It has been a pretty special journey that I have managed to traverse throughout my career, starting with humble beginnings at New Plymouth Old Boys and Fitzroy Surf Life Saving Clubs. I'll start to get the butterflies when the fern comes out and we put the togs and beanie on and run out as a team on the first day," he says.

Cracroft-Wilson says the team is a great mixture of experienced athletes and fresh faces who are keen to relish the chance and keep their spot for the world champs in 2016.

"I'll reinforce some basic principles and try to lead from the front. We have the athletes in the team that can be the best in the world and we'll just instil that confidence in the newbies so that they don't get overawed by the occasion," he says.

New Zealand team coach Jason Pocock says he's expecting some tough competition, especially from the Australians. "This is another stepping stone on the way to Rescue 2016 and as current world champions, other countries will be expecting some top performances from our athletes- and they will deliver," he says.

New Zealand Youth team coach Jonelle Quane says the team is geared up to attack all their races with a huge amount of pride and commitment.

"They are all excited about the prospect of racing the 'big boys and girls' of surf lifesaving, as most of the Youth races will be run with the Open teams, so they have nothing to lose and everything to gain. Bring on the challenge," she says.

Both teams depart for Australia on Saturday August 29.

To keep up-to-date with the teams' journey visit the High Performance Facebook page at www.facebook.com/slsnzhp or on Twitter @slsnzhp. 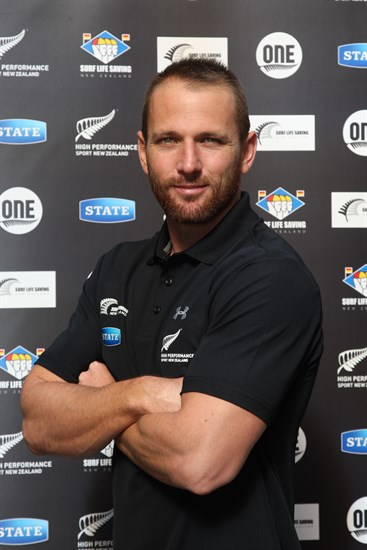