Clubbies bring home 11 medals for Kiwi clubs at The Aussies

Over 7,000 competitors took part in the competition, more familiarly known as "The Aussies", from April 11-19 at North Kirra Beach on the Gold Coast.

In the open competition, the highlights included gold from Fitzroy's Zoe Hobbs in the U19 female beach sprint.

The Mount Maunganui team followed on from the Masters' success with Hamish Miller taking silver in the U17 2km beach run. The open male tube rescue team of Adam Simpson, George Haynes, Haydon Reardon and Julien Lalanne also added a bronze to the tally.

Waikanae's Casie Fyall put on an impressive performance, coming very close to the medal table, taking fourth in the U19 beach flags.

A number of other Kiwi athletes also put in outstanding efforts competing for their Australian clubs.

Surf Life Saving New Zealand Sport Manager Mike Lord says the competition at Aussies is always tough and the Kiwi athletes put on an outstanding performance at this year's event. "Well done to all those who went over and participated. To make a final is a huge achievement let alone return home with a medal," he says. 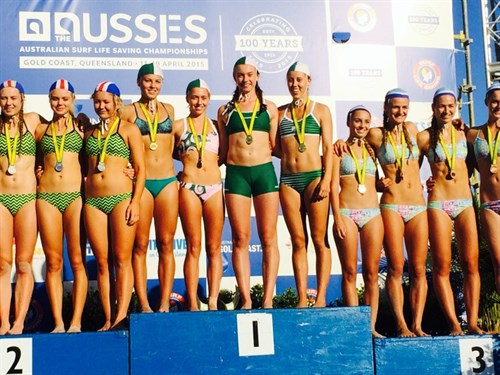 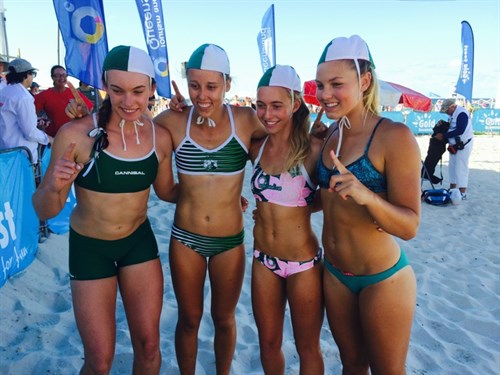 Madison Kidd and Olivia Eaton with their Currumbin teammates who won gold in the U19 beach relay.