Papamoa Surf Life Saving Club has put the Bay of Plenty on the world map, finishing off the Lifesaving World Championships in France overnight in much the same way as they started off.

After claiming Top Club in the World Inflatable Rescue Boat (IRB) competition at the beginning of the two week event, they also finished top of the table in the Youth division of the World Interclub Championships.

The Bay of Plenty Club claimed 15 medals across the five days of the Youth competition, eight of them gold.

Some of the stand out performances came from New Zealand representative athletes who helped the New Zealand Youth Team claim silver in the National Team's competition only days before.

Fellow NZ Youth Team member Ben Johnston claimed two individual silver in the pool and a silver and bronze on the beach.

Combined with her Open teammates Arna Wright, Kendall Elliott and Holly Moczydlowski, Eaton then took another silver in the Women's Beach Sprint Relay, making a total of six medals for the 16 year-old across the National Teams and Interclub competitions.

In the open division, Kiwi athletes took away a total of seven medals, one gold, two silver and four bronze.

On Day One, Midway's Chris Dawson (representing BMD Northcliffe) claimed the only medal in the pool events; a silver in the Men's 200m Obstacles.

Papamoa's Kodi Harman claimed a bronze in the Men's Beach Sprint on the third day of competition while Omanu's Max Beattie claimed bronze for BMD Northcliffe in the Men's Board Race.

On the final day of competition, Riversdale's Murdoch Finch claimed a bronze medal in the Beach Flags for his Wairarapa club and Midway's Cory Taylor took the final bronze in the Oceanman for BMD Northcliffe.

Surf Life Saving New Zealand Sport Manager Mike Lord says all of the athletes put in a huge amount of effort across the pool and beach events with many of them making finals events.

"It's a huge deal to make a final on the world stage, let along come away with medals or top club overall. All of our athletes should be incredibly proud of themselves, as we are all extremely proud of them," he says. 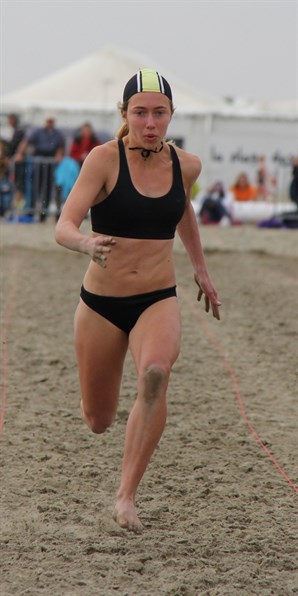