The New Zealand Black Fins have backed up a massive performance on the first day of competition at the Lifesaving World Championships by taking away another four medals and moving to the top of the leaderboard after Day Two in France.

The Black Fins ended Day One of Rescue 2014 on a high note having set three new World Records, multiple NZ records and grabbing nine medals across the pool events. And Day Two of the competition didn't disappoint.

New Zealand Team Manager Mark Weatherall says it was a challenging day for the Black Fins. "But we continued to make some great progress and will push on through to the beach events next," he says.

After Day Two of Rescue 2014, the New Zealand Black Fins are in the lead with 424 points ahead of France on 411 and Italy in third with 381. Australia is in fourth place with 336 points and Germany in fifth with 332.

Over on the beach, the New Zealand Youth team kicked-off their first day of competition and, like the New Zealand Team, they made a dominating entrance, winning a total of nine medals.

In the Interclub competition, Papamoa Surf Life Saving Club has been crowned World Champions as they took out three silvers, a bronze and the Charles Thomson trophy for top club overall.

Five silver medals were won overall; one went to twins Chad and Kurbie Wheeler in the mass rescue, one to Nathan Smith and Mitch Brady in the single rescue along with Meg Fisher and Steph Botting in the women's single. The men's and women's teams also won silver each with the women also grabbing a bronze in the woman's mass.

The St Clair IRB team of Steph Laughton and Carla Laughton with Hannah Cullen and Tash Scott won two silvers. They also had two fourths. Michael Crombie and Tim Hunt made the mass final and the B final for tube. The East End Surf Life Saving Club IRB team made the finals of the mass and single rescue. 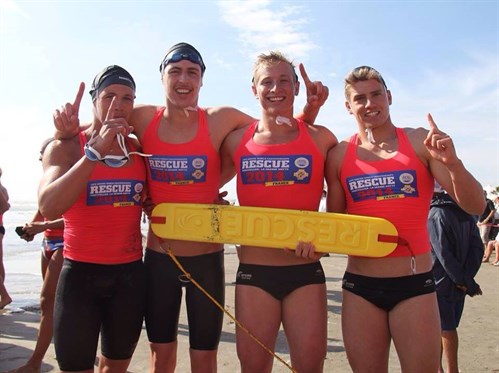 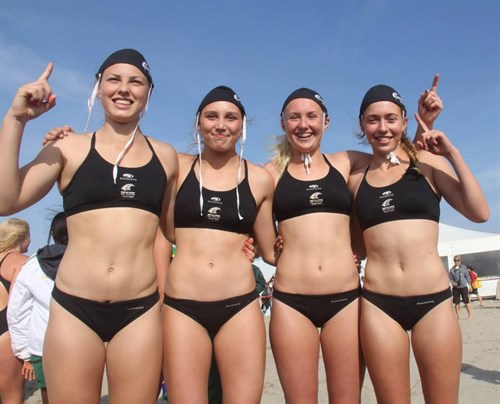