Two gold medals on the beach in France has contributed to an already successful campaign that has seen the New Zealand Black Fins crowned retaining world champions in France overnight.

The team of 12, led by Dunedin's Andrew McMillan, has rewritten the history books as they are now the first NZ surf lifesaving team, and the first nation other than Australia, to win back-to-back world titles.

They finished ahead of Australia who came in second with France, the host nation, in third to hold on to the Alan B. Whelpton, AO Trophy.

The team started off their final day of competition on a high, grabbing a medal in the team's first event of the day. Fresh from winning a world championship title in the Women's Board Race yesterday, Mairangi Bay's Danielle McKenzie stepped in to claim another silver for the team in the Women's Ski Race.

Not to disappoint, Omanu's Max Beattie then also took silver in the Men's Board Race with Midway's Cory Taylor not too far behind in sixth.

It was then the captain, Andy McMillan's turn to add another medal to the tally with the St Clair SLSC member taking silver in the Men's Surf Race.

In true world champion style, the team finished off the day as they started- on a high note, winning gold in the Men's Taplin Team of Taylor, Cracroft-Wilson, Beattie and Midway's Chris Dawson.

Heading into the final day of competition at Rescue 2014, the Black Fins were in first place on 608 points, with France in second on 565 points with Australia in third on 559. NZ retained their lead with France and Australia swapping positions by the end of the competition.

New Zealand Team Manager Mark Weatherall says it's very difficult to explain the jubilation but it's a wonderful feeling to get back-to-back world titles.  "I'm so very proud of the team and the determination to get this win- to create history for New Zealand is an amazing feeling," he says.

"We look forward re-writing the record books on this outstanding performance and to welcoming them all home in due course as World Champions," he says.

The New Zealand Youth Team also had a successful day in the pool on their final day of competition, picking up another two medals to add to a successful campaign. Papamoa's Ben Johnston and Sumner's Brittany Tucker each picked up bronze medals in the Men's and Women's 50m Manikin Carry.

Overall, the New Zealand Youth Team finished in second place behind Australia and ahead of Germany.

Visit the High Performance Facebook page here for results, updates and photos from throughout the competition. 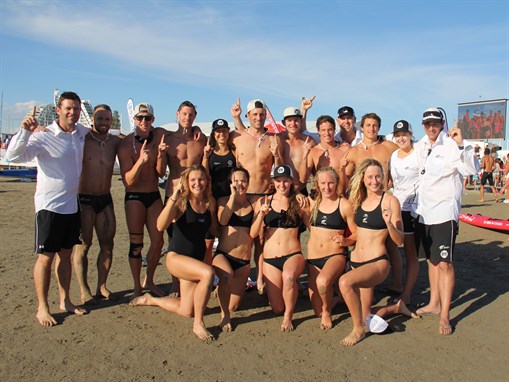 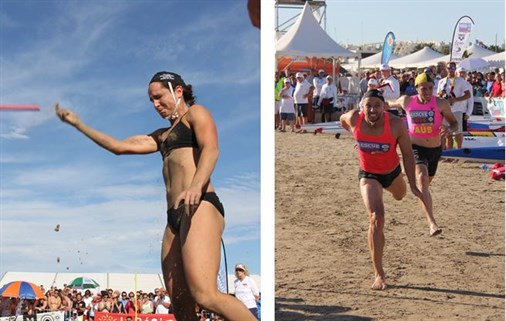 Chanel Hickman wins the Women's Beach Flags and Paul Cracroft-WIlson crosses the line in front of Australia in the Taplin/Oceanman. Pics: Barbara Newton