Surf lifeguards who patrol Taranaki's beaches have been honoured for their hard work and dedication to saving lives at the 2014 Taranaki Awards of Excellence.

The celebration of surf lifesaving took place at The Devon Hotel and Conference Centre on Saturday night (May 24) and was attended by around 100 people.

One of the night's top awards, Volunteer of the Year, was awarded to Liam Cole from East End Surf Life Saving Club.

SLSNZ Central Region Programmes and Services Manager Jacob Davies says Liam has done a phenomenal amount for the lifesaving movement this season. "He plays a key role in the development of members and lifesaving activities within his club as well as Taranaki-wide. Liam is a fantastic lifeguard and member," he says.

Lifeguard of the Year was awarded to Ross Peters from Fitzroy Surf Life Saving Club. Ross has dedicated countless hours to up-skilling lifeguards and overseeing the effective patrolling of Fitzroy Beach.

Instructor of the Year was awarded to Fiona Climo from East End SLSC. She has been at the forefront of training new lifeguards in the Taranaki area as head instructor for her club as well as being the Chief Examiner for the Taranaki area.

Visit the SLSNZ Taranaki Facebook page to view some photos. 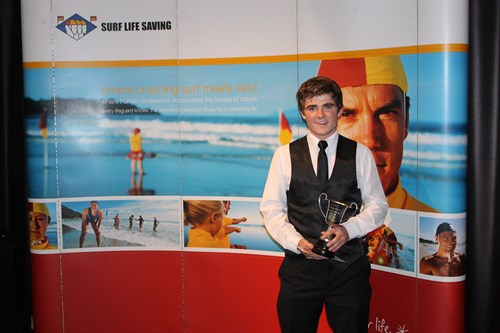 Volunteer of the Year, Liam Cole.