A new wave of talent arrived with the big swell at Whangamata Beach today, just in time for the opening day of the BP Surf Rescue New Zealand IRB championships.

With the waves expected to rise to 2.5m over the weekend, organisers brought forward the programme, managing to get through all the tube rescue finals and tackling the teams race heats and mass rescue amid torrents of action.

The premier tube rescue final saw a changing of the guard, with Paekakariki pair Richard Whinham and Mitch Logan grabbing their first title in that division, along with patient Jordan Crosbie.

They finished ahead of Fitzroy veteran Todd Cations-Velvin, who paired with his young nephew Steven Haami for their first premier medal, while Papamoa's Liam Smith and Tomee Berthelsen took home bronze.

The senior tube rescue final confirmed the rapid emergence of Sunset Beach pair Shane Edwards and Samuel Dwen, who took home gold in their first year in the division and guaranteeing elevation to the premier ranks next season.

Capping a good day for the club from the mouth of the Waikato River was Sunset's under-21 crew of Lewis Powell and Bryce Nichol, who finished ahead of Papamoa and Opunake crews.

While new talent emerged in the male divisions, the female ranks saw a continuation of the status quo, with St Clair sisters and reigning tube rescue world champions Steph and Carla Laughton mastering the tricky waves to defend their national title. 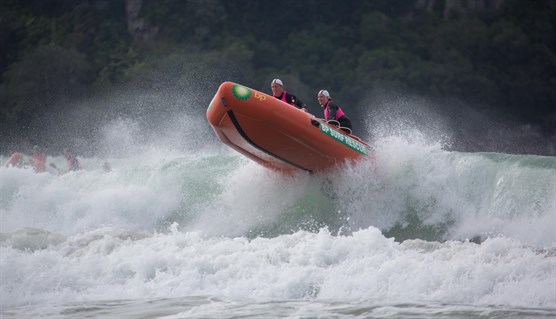 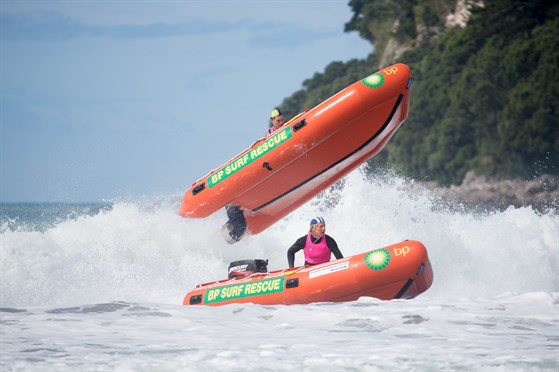