The best surf lifeguards, who patrol from the East Cape to Midway Beach, have been honored for their hard work and dedication to saving lives at the 2014 Surf Life Saving Gisborne Awards of Excellence.

The celebration of surf lifesaving took place at the Tatapouri Fishing Club and was attended by around 120 people.

One of the night's top awards, Lifeguard of the Year, was awarded to Andrew Shelton from Midway Surf Life Saving Club.

Surf Life Saving New Zealand Club Support Officer for the Gisborne area Renee Wikaire says Andrew has been a consistently dedicated surf lifeguard over the 2013/2014 season, clocking up an exceptional 125 hours of volunteer patrol. "Although he is only 17 years-old, Andrew has shown maturity and leadership in lifeguarding well beyond his years and he was deemed the most outstanding candidate for this year's Lifeguard of the Year award. He truly deserves the recognition," she says.

The night's other top awards included Volunteer of the Year and Rescue of the Year.

Volunteer of the Year was awarded to Debbie Hutchings from Waikanae Surf Life Saving Club. Debbie is a stalwart of the surf lifesaving movement, not only at local level, but also regionally and nationally. Renee says over the past season Debbie served on the Waikanae Club Management Committee, was the Chair of the Gisborne Sport Committee and was an integral part of setting up the newly formed Tairawhiti Strategic Group. She was also a member of the surf official leadership group and is a well-known surf official and arena referee. Her dedication to the movement over the past season was recognised through this award.

Rescue of the Year was awarded to Diego Pedrioli of Midway Surf Life Saving Club for a rescue that was performed outside of patrol hours. While walking on the beach, Diego spotted a male in a small inflatable dingy. There was a gusty north-westerly wind prevailing and the man had no oars, paddles or lifejacket. Renee says Diego ran back to his vehicle where he always carries a rescue tube and a pair of fins. He then swam out to the dingy and attached the tube, then proceeded to tow it back to shore with the patient still on board. Diego swam at an angle heading toward the Roberts Road area, recognising that the outgoing tide from the cut would have made progress directly into Waikanae difficult. He successfully brought the distressed male back to shore and provided appropriate aftercare.

Patrol Club of the Year and Club of the Year were both awarded to Ūawa Tiaki Tai (Tolaga Bay SLSC), an outstanding achievement for the club that is the second youngest in the Gisborne/Tairawhiti area.

Renee says the club had some impressive statistics from the 2013/2014 season with 90% of their membership having up-skilled their surf lifeguard qualifications. They also had 78% membership growth in lifesaving and a 164% increase in volunteer patrolling hours.

Renee says Ūawa Tiaki Tai has shown its exponential development over the past few years, and has made a great name for itself both amongst the lifesaving community and the wider community. "Winning both of these awards is a testament to the hard work that all of the instructors, rangatahi, tamariki, coaches, volunteers, whānau members and wider community have put into the club," she says. 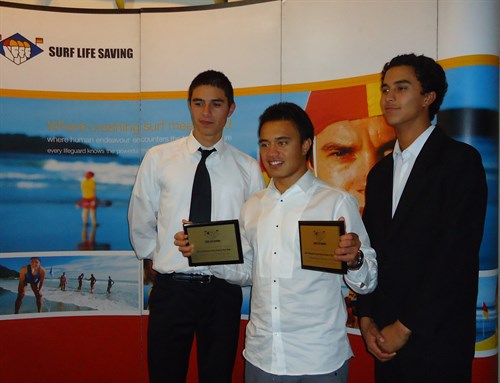 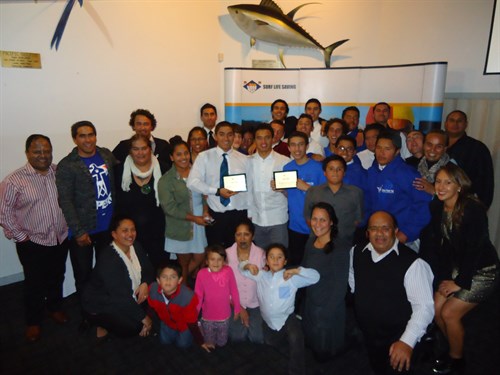