The best surf lifeguards, who patrol from Hot Water Beach to Opotiki, were honored for their hard work and dedication to saving lives last night at the 2014 Surf Life Saving Bay of Plenty Coromandel Awards of Excellence.

The celebration of surf lifesaving took place at Trinity Wharf Tauranga and was attended by around 140 people.

This year, there was a new awards format to reflect the growth in lifesaving in both the Coromandel and Bay of Plenty areas. The lifesaving awards were split between the two respective areas to allow for the recognition of more volunteers.

Two of the night's top lifesaving awards included Volunteer of the Year and Lifeguard of the Year.

Volunteer of the Year was awarded to Jono York in the Bay of Plenty area from the Omanu Beach Surf Life Saving Club.

Surf Life Saving Eastern Regional Manager Chris Emmett says Jono has been a Board Member and has run the Junior Surf Programme at Omanu Beach Surf Life Saving Club for the last five years. "The Omanu programme is considered the largest Junior Surf Club based programme in New Zealand. This effort and years of dedication culminated in Omanu Beach taking out overall club honors at the New Zealand U14 Surf Lifesaving Championships for the first time in February 2014," he says.

Volunteer of the Year for the Coromandel area was awarded to Katherine Mclean from the Onemana Surf Life Saving Club.

Mr Emmett says Katherine is highly respected among the Onemana community. "The workload she took on as club Treasurer and Membership Officer, of her own volition, was inspiring and she is a wonderful example of the contribution that can be made by a non-patrolling member of the club," he says.

Lifeguard of the Year was awarded to Danielle Shepherd from Mt Maunganui in the Bay of Plenty area and Mathew Kerr from Tairua in the Coromandel area.

Mr Emmett says both Danielle and Mathew have given up countless hours to reach this level of nomination for Lifeguard of the Year and both of them truly deserve their recognition.

Rescue of the Year was awarded to Pauanui Surf Life Saving Club in the Coromandel area for a rescue that took place on April 19.  While performing a routine scan of Pauanui Beach, lifeguards on tower rotation noticed a group of three inexperienced ocean kayakers paddling out into dangerous conditions on the Pauanui Bar.  Due to the quick recognition and response from all rescuers, the kayakers were safely returned to shore.

Rescue of the Year for the Bay of Plenty was awarded to Whakatane Surf Life Saving Club for a rescue on August 10. Divers stranded on the rocks by the rising tide may have perished if it wasn't for a daring rescue in rough seas on the coast between Whakatane and Ohope that involved three of the clubs lifeguards.

A host of sporting and club awards were also handed out during the night.

Mr Emmett says local volunteer lifeguards put in 60,621 hours of service over the 2013/14 season, keeping beaches safe across the Eastern Region and last night was the night for them all to be recognised for their achievements. "They should all be extremely proud of themselves and their fellow lifeguards for their outstanding efforts," he says. 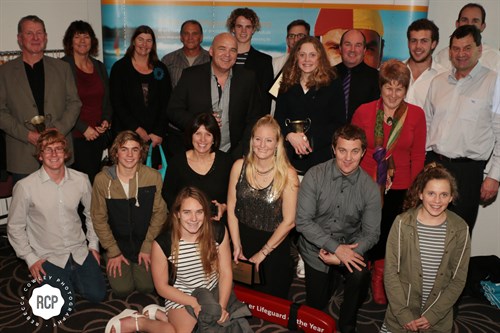 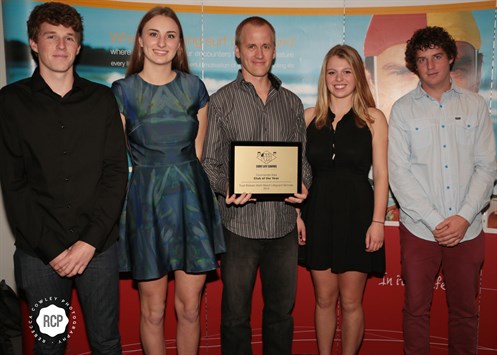