The Mairangi Bay lifeguard will head home from his Gold Coast base this week to compete in the Eastern Region Championships in Whangamata, fresh from a textbook rescue with an incredible result.

Malcolm, the reigning New Zealand board race champion, was patrolling at Mermaid Beach on the Gold Coast recently when he spotted English tourist John Sherlock in trouble.

By the time Malcolm got to the 68-year-old, Sherlock had taken 12 slow strokes and then gone straight down.

"I managed to flip him over within a couple of seconds then took him straight into the beach," Malcolm told Australia's Channel 9 news.

Malcolm and fellow lifeguard Stuart Keay then started chest compressions on Sherlock, who had by that stage gone into cardiac arrest. For half an hour, the two lifeguards worked on their patient and when paramedics arrived, they'd done enough to restore a weak pulse.  Sherlock was rushed to hospital but last week was well enough to meet the pair and say thanks.

Malcolm explained there was never any question of stopping compressions, despite a bleak outlook.

"It was someone's dad, someone's husband, someone's granddad - we were just never going to give up," he said.

The 23-year-old is one of more than 900 lifeguards who will compete in this weekend's two-day Eastern Region champs, traditionally the second-biggest carnival of the year behind the national championships. It's already been a big 12 months for Malcolm, who also finished third in the board race at the Australian championships and was in the New Zealand team that competed in September's International Surf Rescue Challenge in Japan.

Malcolm will also compete for Mairangi Bay in the inaugural Super 8 championship on Monday, which pits eight clubs from around New Zealand against each other in a quick-fire carnival over various age divisions. 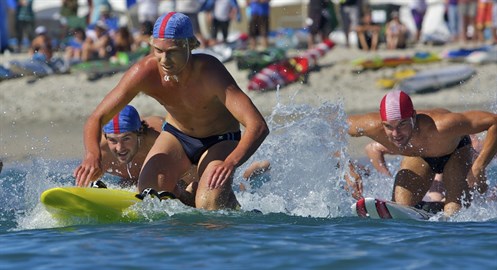 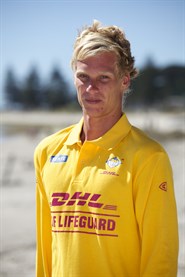